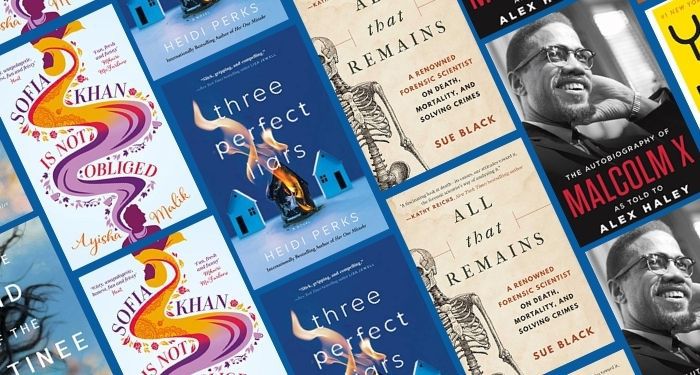 The Editor by Steven Rowley for $1.99

Messenger of Truth by Jacqueline Winspear for $2.99

Before the Coffee Gets Cold by Toshikazu Kawaguchi for $2.99

Catch and Kill by Ronan Farrow for $4.99

All the Stars and Teeth by Adalyn Grace for $2.99

Dear America, Notes of an Undocumented Citizen by Jose Antonio Vargas for $2.99

The Color of Water by James McBride for $1.99

The Color of Magic by Terry Pratchett for $4.99

The Mermaid and Mrs. Hancock by Imogen Hermes Gowar for $1.99

Stamped from the Beginning by Ibram X. Kendi for $4.99

Marion Lane and the Midnight Murder by T.A. Willberg for $1.99

The Merciful Crow by Margaret Owen for $2.99

The Essential Gwendolyn Brooks edited by Elizabeth Alexander for $1.99

The Sisters of the Winter Wood by Rena Rossner for $2.99

Paperback Crush by Gabrielle Moss for $1.99

Dietland by Sarai Walker for $2.99

Exhalation: Stories by Ted Chiang for $1.99

Bored and Brilliant by Mannish Zomorodi for $2.99

Lead from the Outside by Stacey Abrams for $2.99

The Forgotten Garden by Kate Morton for $1.99

How to Change Your Mind by Michael Pollan for $2.99

The Last Adventure of Constance Verity by A. Lee Martinez for $1.99

The Third Hotel by Laura van den Berg for $2.99

We Are The Baby-Sitters Club by Marissa Crawford and Megan Milks for $2.99

Initiated: Memoir of a Witch by Amanda Yates Garcia for $2.99

We Are Watching Eliza Bright by A.E. Osworth for $3.99

(Don’t) Call Me Crazy: 33 Voices Start The Conversation About Mental Health by Kelly Jensen for $1.99

Son of the Storm by Suyi Davies Okungbowa for $2.99

Death by Dumpling by Vivien Chien for $2.99

The Forest of Stolen Girls for $2.99 by June Hur

A Torch Against the Night by Sabaa Tahir for $1.99

For The Wolf by Hannah Whitten for $4.99

The Mermaid, the Witch, and the Sea by Maggie Tokuda-Hall for $0.99

‘SNL’: Weekend Update Takes on Joe Biden’s Rough Start to 2022
Cardi B pledges to pay for funerals of 17 victims of devastating high-rise fire
Will Archive 81 Get a Season 2 on Netflix?
Stay Home, Watch Horror: 5 Intense Horror Movies Under 90-Minutes to Stream This Week
Emma Stone Tried to Get Andrew Garfield to Tell Her Spider-Man: No Way Home Secrets