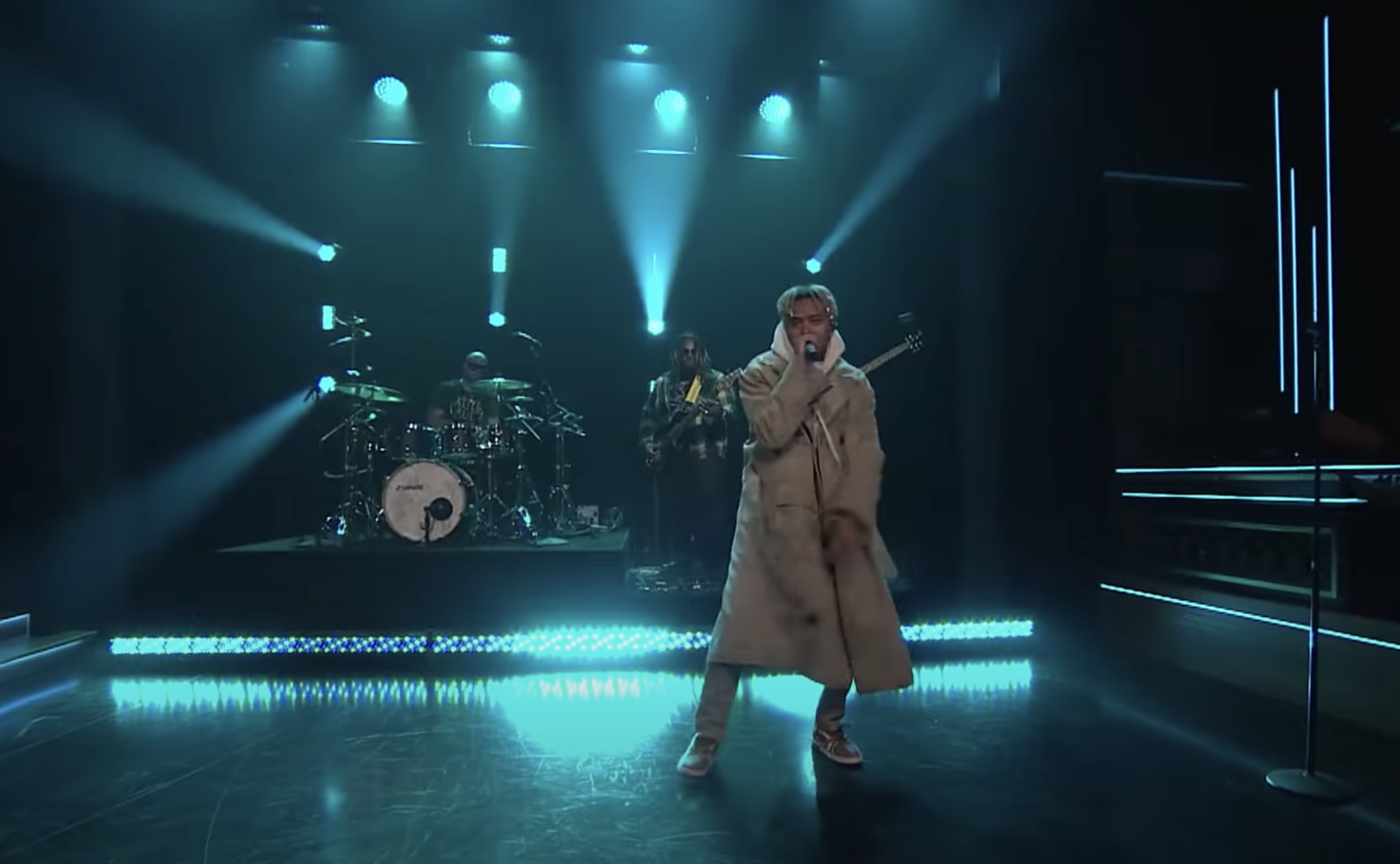 Cordae appeared on The Tonight Show to showcase two of his recent songs, “Sinister” and “Chronicles.” Appearing with live musicians, the rapper gave a slick, pensive performance of the tracks. He also sat down with host Jimmy Fallon to discuss his new album, From a Bird’s Eye View.

From a Bird’s Eye View is set to arrive Jan. 14. The rapper announced the album, his second full-length, in December with a short spoof of big tech keynote speeches, complete with a classic Steve Jobs black turtle neck.

The album follows Cordae’s 2019 debut, The Lost Boy. Last April, he  released a four-track EP, Just Until…, while he’s also dropped a steady stream of singles and collaborations throughout the year, including “Life Is Like a Dice Game” with Nas and Freddie Gibbs, and a remix of Eminem’s “Killer.”