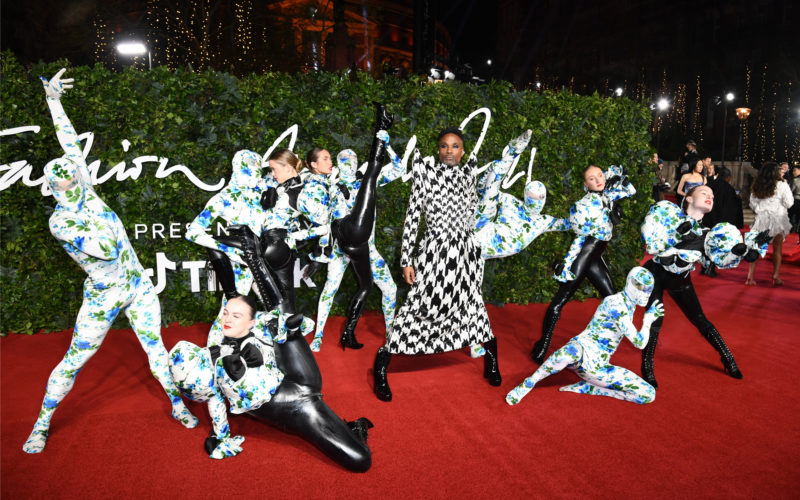 Presented by TikTok, this year’s awards show was a reimagined affair rooted in fashion’s role at the intersection of culture.

Dua Lipa, Tan France, Priyanka Chopra and other glitterati were in London on Monday for The Fashion Awards 2021, a celebration of excellence in the fashion industry.

After all the actors, models, TikTik-famous influencers and other celebrities stepped into Royal Albert Hall, the British Fashion Council opened its flagship awards show with a tribute to the late Virgil Abloh by British actor Idris Elbra, who recited When Great Trees Fall, a poem by Maya Angelou.

Presented by TikTok, this year’s awards show was a reimagined affair rooted in fashion’s role at the intersection of culture.

The Fashion Awards 2021 honored individuals who broke ground in fashion globally over the past year, as well as businesses and brands transforming the industry.

As previously announced, Gucci Creative Director Alessandro Michele received the Trailblazer Award for his work to date in positioning the luxury house at the intersection of culture, art, music and film.

Michele was also one of the 15 Leaders of Change for in the category of Creativity. Others recognised include Jonathan Anderson for JW Anderson and LOEWE (Creativity); Virgil Abloh for Louis Vuitton Men and Off-White (Creativity); Gabriela Hearst for Chloé and Gabriela Hearst (Environment); Stella McCartney for Stella McCartney (Environment); Harris Reed (People); and Kenya Hunt (People), to name just a few.

The Designer of the Year Award went to Kim Jones for Dior Men and Fendi; while the BFC Foundation Award was presented to womenswear designer Nensi Dojaka.

The Isabella Blow Award for Fashion Creator went to stylist IB Kamara, and, finally, the Fashion Award for Metaverse Design was presented to roblox clothing designer and artist cSapphire.

The evening also included a number of special celebrations that showcased fashion’s role in culture. Chanel was recognised for its commitment to arts and culture, and the brand hosted a special performance by dancer, actor and model Lil Buck.

Scroll through the gallery below for some of the best looks from The Fashion Awards 2021 red carpet.