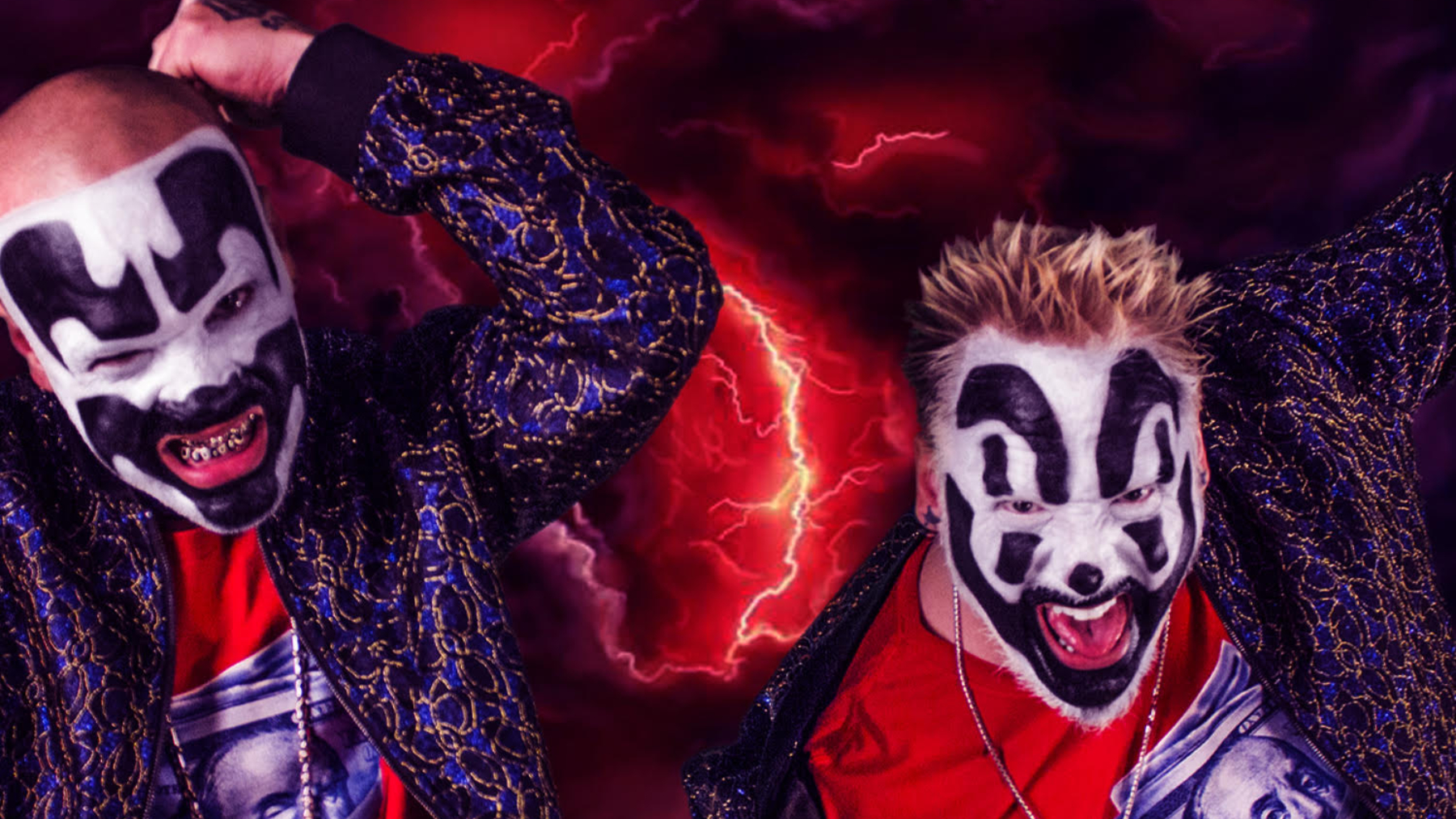 Right in time for peak spooky season, hip-hop’s horrorcore masters Insane Clown Posse are back with a new song, “Wretched.” The track will appear on the group’s next album, Yum Yum Bedlam, set to arrive on Halloween, October 31st, via the group’s own Psychopathic Records.

“Wretched” finds ICP’s Violent J plumbing the grisly depths of the world’s most nefarious people: “Angels are just a serpent’s trick,” he spits, “No holiness, no hope exists/I’m wretched/The sickest, infected/The vicious, the deadest/Sadistic, the dreaded/Malicious.”

In an interview with Rolling Stone, Violent J says the song was inspired by a couple of podcast episodes ICP did for their Patreon called Descent into the Abyss of Evil, which — as one might expect from the title — explored some of the most villainous figures in history. “I was inspired to write ‘Wretched,’ because, put it this way: There’s Hollywood insanity, like the Riddler, where it’s almost cool, or Hannibal Lecter, or Michael Myers. And then there’s the type of insanity that’s so nasty it ain’t cool at all [laughs]. And that’s ‘Wretched.’”

The Best Audiophile Turntables for Your Home Audio System

Chasteness, Soda Pop, and Show Tunes: The Lost Story of the Young Americans and the Choircore Movement

ICP are both pioneers and students of horrorcore of all kinds, with Violent J rattling off a handful of predecessors, from Alice Cooper and even Michael Jackson’s “Thriller” (“At the time, that scared kids!”) to hip-hop legends like the Geto Boys’ Prince Johnny C and fellow Detroit rapper, Esham. “[Esham] was rapping about the devil at the time, and man, I felt like every time I put that shit on, the sky would turn red. Me and Shaggy, we just love touching on dark, morbid fucking storylines and topics.”

Yum Yum Bedlam, meanwhile, marks ICP’s 17th studio album and first since 2019’s Fearless Fred Fury. In ICP lore, Yum Yum Bedlam is also the fifth Joker’s Card in their Second Joker Card Deck (for a more thorough explanation of ICP’s Joker Card mythology/album cycles, check out this breakdown Violent J did with us in 2015); and it’s also the first Joker’s Card the group has ever done that’s a woman. As a result, Violent J says Yum Yum Bedlam is a bit more serious, lacking a lot of the goofy skits and funny songs that frequently populate ICP records (there are still a couple like that, he promises).

“If there’s anything that’s going to bring down a giant, it’ll be a woman,” Violent J says. “If somebody is indestructible in this world, a woman will be the only thing that can take them out, you know? And I respect that power. I respect that presence. For any good man, there’s a woman — or there’s just a great woman, not behind any man.”

Yum Yum Bedlam will also mark the start of a new chapter for Insane Clown Posse, prompted by Violent J’s recent revelation that he suffers from a serious form of Artrial Fibrillation, which causes an irregular heart beat (Violent J announced the diagnosis at this year’s Gathering of the Juggalos). The diagnosis will effectively end ICP’s days as a major touring act, but Violent J admits he was already ready to stop the grind of those treks.

“I got sick of doing the same show 50 nights in a row,” he says. “The style of our touring wasn’t working right anymore. Everybody on the first night would know the setlist, so we’d try to switch it up, and that only meant more mistakes on stage. And most people don’t know a mistake when they see one, but I know them.”

ICP, however, are not exiting the live realm entirely. Instead, they’ve started playing special gigs once a month and they plan to hit as many cities as possible over the coming years. The shows will often have themes, too, like the recent Prom Night Massacre: “Everybody came dressed in prom clothes, but they were zombies and shit,” J says. “One girl was missing an arm and she had fake blood painted on the end of her nub — dude it was so fucking dope, I grabbed her and hugged her! Only a Juggalo would do that shit! I wanted to start crying, she was so awesome for that.”

J acknowledges that his a-fib diagnosis has forced him to reckon with the realities of aging, but he does so with a laugh. Asked if the diagnosis inspired any recent songs, he cracks, “We did a song called ‘Bitch I’m Fine,’ I think that might have to do with it. It’s basically about getting older. Honestly, the year I turned 40, I started needing reading glasses, and I was like, ‘Damn, it really does work like that!’”

He adds: “Of course it’s hard to admit I have to take a step back. Nobody wants to admit that; if anything, you want to say you’re stronger. But I’m happy. I’m happier because I get to be home with my kids more, I get to focus on music more, and it’s just cooler staying off the road like that.”