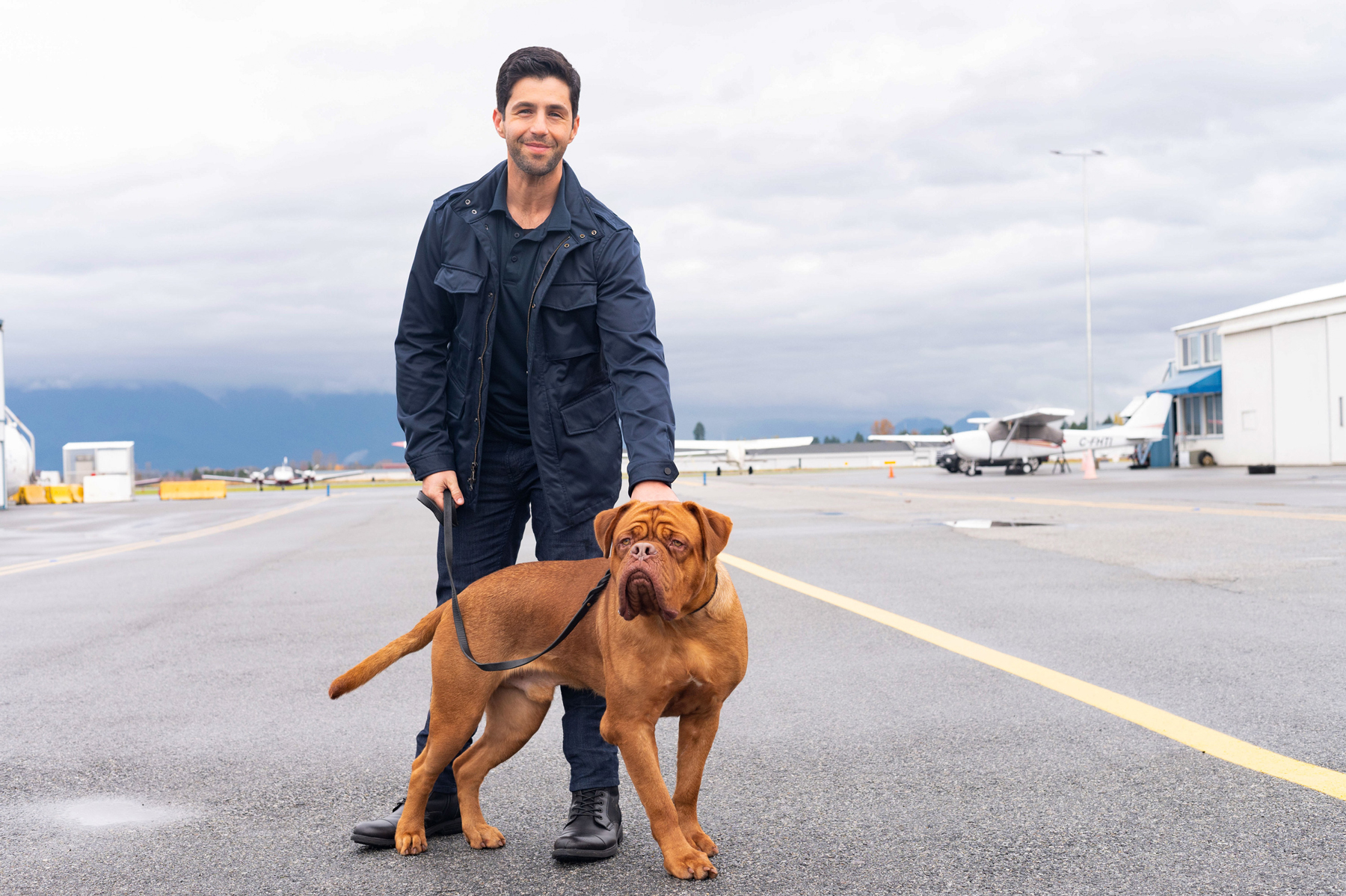 In 1989, just months after he earned his first Oscar nomination for Big, and a few years before he went on a run of critical and commercial success that’s nearly unrivaled in the history of cinema, Tom Hanks starred in a series of middling movies that never would’ve suggested the megastar he’d become. One of these was Turner & Hooch, which starred Hanks as fastidious small-town cop Scott Turner, whose life is upended when he takes in a big, messy French mastiff named Hooch. It was a modest success, but reviews were mixed, and many audience members seemed more charmed by Beasley the Dog than by the human acting alongside him. Heck, it wasn’t even the most popular movie of that year to pair a comic actor with a police dog: Jim Belushi’s K-9 outgrossed it by $7 million. But because Hanks went on to become an American institution while Belushi went on to do According to Jim, the reputation of Turner & Hooch has grown significantly over the decades, leading to this week’s premiere of a television sequel series on Disney+(*).


How to Watch ‘Black Widow’ on Disney+

(*) This is actually the second attempt to bring the title to TV. In 1990, Thomas F. Wilson starred as Turner in an unsold comedy pilot.

In the new show, Josh Peck plays Scott Turner’s son, also named Scott, a U.S. Marshal in San Francisco who was estranged from his father at the time of the elder Scott’s recent passing. This Scott is even more of a neat freak than his namesake — his closest friend is his robot vacuum — and hilarity ensues when his clean and tidy life is disrupted by the arrival of yet another Hooch as an inheritance from his dad.

This is the Disney+ formula, more or less: Use intellectual property that Disney owns to inspire series that Gen-Xers and millennials will watch with their kids (see: The Mighty Ducks: Game Changers). Everything old is new again, and who doesn’t like a good boy that drools a lot? The nostalgia is especially potent here, since the showrunner is Burn Notice creator Matt Nix, and Nix is at his best when he’s paying homage to the TV action dramas he grew up watching.

But a show that spans eras and target demographics is a very tricky beast to keep on the leash. Netflix says Cobra Kai is a huge hit (or became one after the streamer rescued it from YouTube), but Game Changers Season One barely made a ripple, and Disney has yet to announce a renewal. And on a creative level, trying to offer something for everyone risks not really satisfying anyone.

That’s the kind of storytelling limbo in which this Hooch largely finds itself. Had a show exactly like it existed around the time Splash was in theaters, the young me would have happily gobbled up every episode like Hooch going to town on his food bowl. But it leans much too hard into the corny aesthetic of those kinds of lighthearted dramas, creating something too silly and childish for most adults, yet likely too old-fashioned for their own children. It’s a show whose premiere climaxes with a gun-wielding Turner warning the bad guy, “Drop it! Or you’re dog food!” And one where the second episode is… a PG-rated Die Hard homage(*) where Scott battles terrorists in a hotel while barefoot and wearing a baggy undershirt?

(*) It’s a stretch to be paying tribute to an entirely different movie franchise in only the second episode, but at least Reginald VelJohnson played the hero’s (human) partner in both films.

To Nix’s credit, he seems to understand that this is all a lark, so he doesn’t sweat the details too much. After Hooch helps Scott and his partner Jessica (Cara Patterson) crack a case, their boss James Mendez (Anthony Ruvivar) impulsively decides to turn them into a K-9 unit; during the scene, it’s a wonder Ruvivar doesn’t just look to the the pilot’s director, McG(*), to ask if this is really a thing that is happening right now. The goal is to put the title characters together as quickly as possible, and to have Scott jogging faithfully after his unwanted new pet/partner as Hooch demonstrates nearly superhuman powers of deduction. “We’re trailing an FBI agent because your dog got a hunch?” Jessica asks skeptically in an early scene, before quickly signing onto Team Hooch along with Erica (Vanessa Lengies), a dog trainer who works for the Marshals. Anything that gets in the way of Hooch’s crime-biting ascendance is not to be bothered with.

(*) Between the Charlie’s Angels films, Terminator Salvation, and the short-lived Lethal Weapon series, McG has some prior experience — good and bad — with trying to modernize famous intellectual property.

Five different French mastiffs play the new Hooch, and they are all as disgustingly adorable as required. They also make an already thankless task for poor Josh Peck even more thankless. He not only has to succeed one of the most beloved, most superhumanly affable actors of our time, but he has to play the majority of his scenes opposite a cute little drool monster who seems to be put on earth to pull focus away from everyone, former child stars included (Peck rose to fame as Josh in Drake & Josh). Peck is convincingly uptight and annoyed with Hooch, and has some nice dramatic moments as Scott uses the dog as a way to work through his grief about, and difficult relationship with, his dad. But he doesn’t share Hanks’ facility for squeezing life and laughs out of generic, expository dialogue — of which this show has quite a lot. Pretty soon the partnership — between both Peck and his canine co-star(s), and between Turner and Hooch — begins to feel one-sided in favor of its shorter member.

It’s also possible I’m wildly overthinking this. The dog is great. The action sequences, if unabashedly cheesy, also feature the kind of solid, practical craftsmanship that’s been a Nix staple since the days when Burn Notice became the defining show of the USA Network. And maybe that’s all anybody requires of a sequel to a film whose most ardent supporters would not argue for greatness in anything but the field of on-screen slobber. Burn Notice and the shows it inspired were themselves shameless nostalgia grabs like this one; they were just trying to remind their viewers of a more general aesthetic from their childhoods, rather than a specific title. This approach leaves smaller room for error, but if reminding people of a cute, if lesser, Hanks vehicle, or simply siccing the new Hooch on some gun-wielding cartoon bad guys, gives them the televisual equivalent of a belly rub, then perhaps Nix and company understood their assignment perfectly.