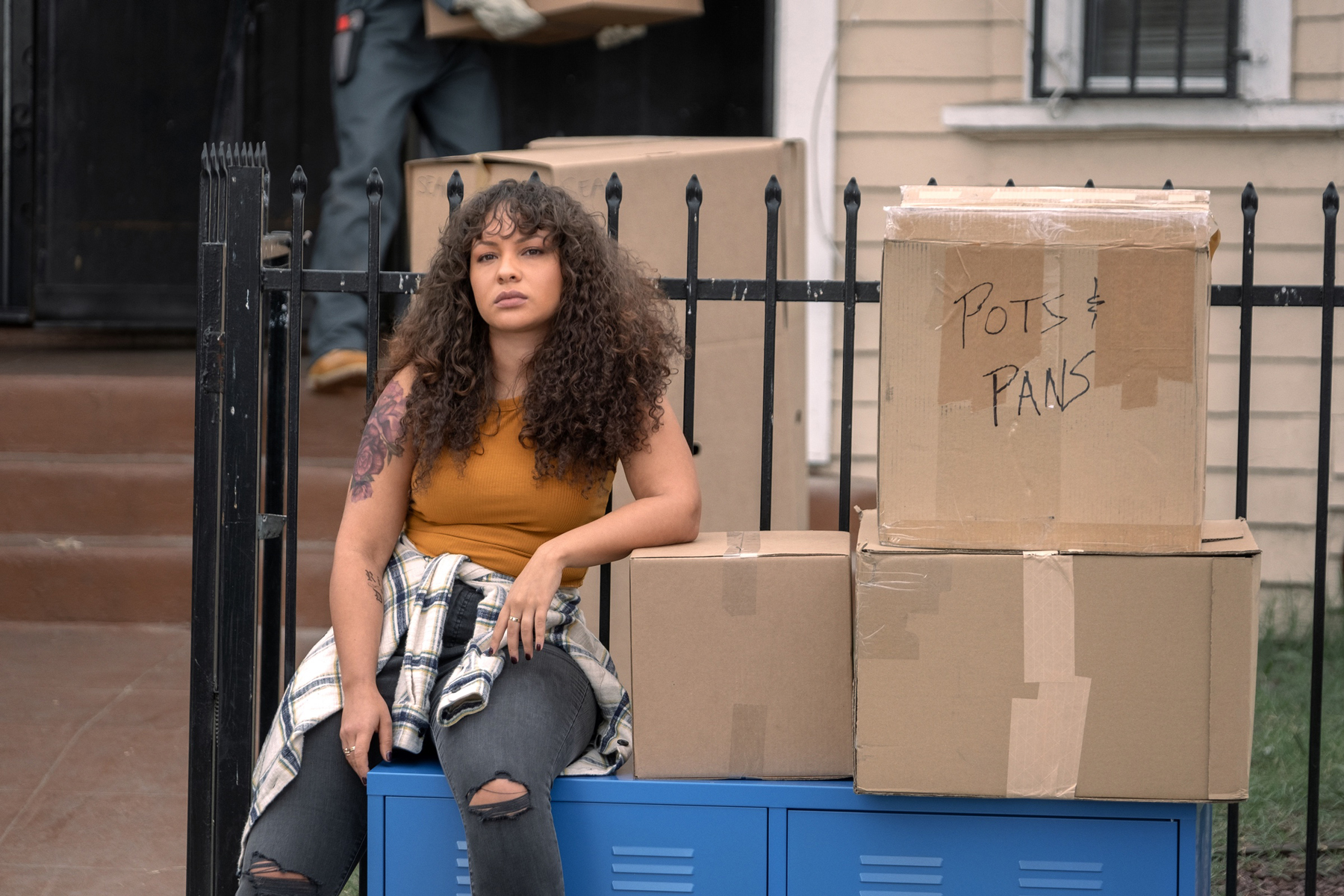 Blindspotting isn’t the most obvious candidate for a film-to-TV spinoff. The 2018 movie, co-written by Rafael Casal and Daveed Diggs, who star as best friends in Oakland, made less than $5 million at the box office. It was well-reviewed but not a major awards player. And its stories — Diggs’ ex-con Collin finishes out his probation, while Casal’s Miles rails against gentrification — didn’t leave lots of open questions demanding a sequel, on the big or small screen.

But Blindspotting the series, debuting this weekend on Starz, is less a continuation of the film than a smart expansion of its world. Some of the original characters are back, but the show is built in a way that doesn’t make the movie required viewing for newcomers. Instead, it feels of a piece with what Casal and Diggs (who return as writer-producers) did earlier while functioning as its own satisfying, serio-comic slice of Oakland life. In one episode, a character even summarizes the events of the film for a new friend, then says, “Yeah, it was a whole movie. Shit is just different now, I guess.”

The Private Lives of Liza Minnelli (The Rainbow Ends Here)

Collin is not in the episodes given to critics (though his absence is explained), and Miles is arrested for drug possession in the opening scene, appearing briefly in prison visits and fantasy sequences. The focus instead is on Miles’ wife Ashley (Diggs’ fellow Hamilton alum Jasmine Cephas Jones, reprising her movie role), who had settled into a comfortable existence on the fringes of the lower-middle class, and now has to rebuild her entire life with son Sean (Atticus Woodward) in the aftermath of her husband potentially spending years in prison. She moves in with Miles’ mother Rainey (Helen Hunt) and his half-sister Trish (Jaylen Barron), the latter of whom runs a webcam business out of her mom’s sprawling house. Ashley’s pleasantly surprised to learn that Collin’s sister Janelle (Candace Nichols-Lippman) has moved back in next door with her mom and her tenant Earl (Benjamin Earl Turner), who wears an ankle monitor as part of his house arrest.

The movie built much of its tension from Collin’s ever-present fear that he might be arrested — if not killed — just for being a black man in the wrong place at the wrong time. The series and Ashley both seem comparably chill at first about Miles’ incarceration, though of course the circumstances are different. (Casal’s background is part Spanish and Cuban, but the world of Blindspotting mostly looks at Miles as a white appropriator who doesn’t think twice about wearing a grill in his teeth because of who his friends and family are.) But the matter-of-fact fashion in which Ashley, Rainey, and others deal with his absence is in many ways more unnerving than if they were constantly crying and rending garments. At one point, Rainey visits a black-owned bookstore to see if they have any kids books to help the women talk to Sean where his father is; the clerk has a whole section devoted to them, with titles like The Night Dad Went to Jail.

It’s at once a dryly funny scene and a terribly sad one. Blindspotting largely maintains that delicate balance. Parts are serious, as Ashley frets over what will become of her and Sean. Parts are downright silly, with Turner demonstrating impressive physical comedy chops as Earl attempts to extend the ankle monitor’s limits by any means necessary. And some parts ditch the kitchen-sink realism altogether for fantasy interludes where Ashley freestyles about her innermost pain and rage — “Why y’all get to live so free? Why shit only happen to me?” she asks while exploring the luxury hotel room of a toxic rich white couple — sometimes flanked by interpretive dancers. As you’d expect from a Hamilton original, Cephas Jones knows her way around a rhyme, and those scenes allow Ashley to open up in ways she realistically wouldn’t even to Rainey or Janelle. The dancers are more hit or miss, less for their (beautiful) technique than because their routines sometimes upstage the story.

The actors — Cephas Jones and Hunt in particular — seem comfortable navigating the series’ slippery tone, where scenes can shift from low-key to magical realism without warning, in the same way that Trish deftly code-switches while seeking a small-business loan when she sees she’s been paired with a black banker. And if Ashley feels initial discomfort about her move, particularly where Trish and her various side hustles are concerned, the ensemble settles quickly into a welcoming hangout vibe. You’re just as likely to hear Earl expounding on why the 1993 Robert Townsend superhero movie Meteor Man is responsible for both Black Panther and the Obama presidency as you are to see him panic about getting busted when a job interview threatens to keep him out past curfew.

Like the movie, the series is ultimately a love letter to the multicultural stew of Oakland, even as it acknowledges the way the city, like most of urban America, is rapidly changing. No one here is as obsessed with gentrification as Miles was in the movie, but Janelle never feels entirely comfortable with how her hometown looks since she last saw it, complaining, “It’s like somebody took a story about Oakland, and tried to make it from memory. Some stuff is way off.”

Blindspotting the movie may not have seemed a natural a choice for spinoff treatment, but nothing in this smart new series feels off.