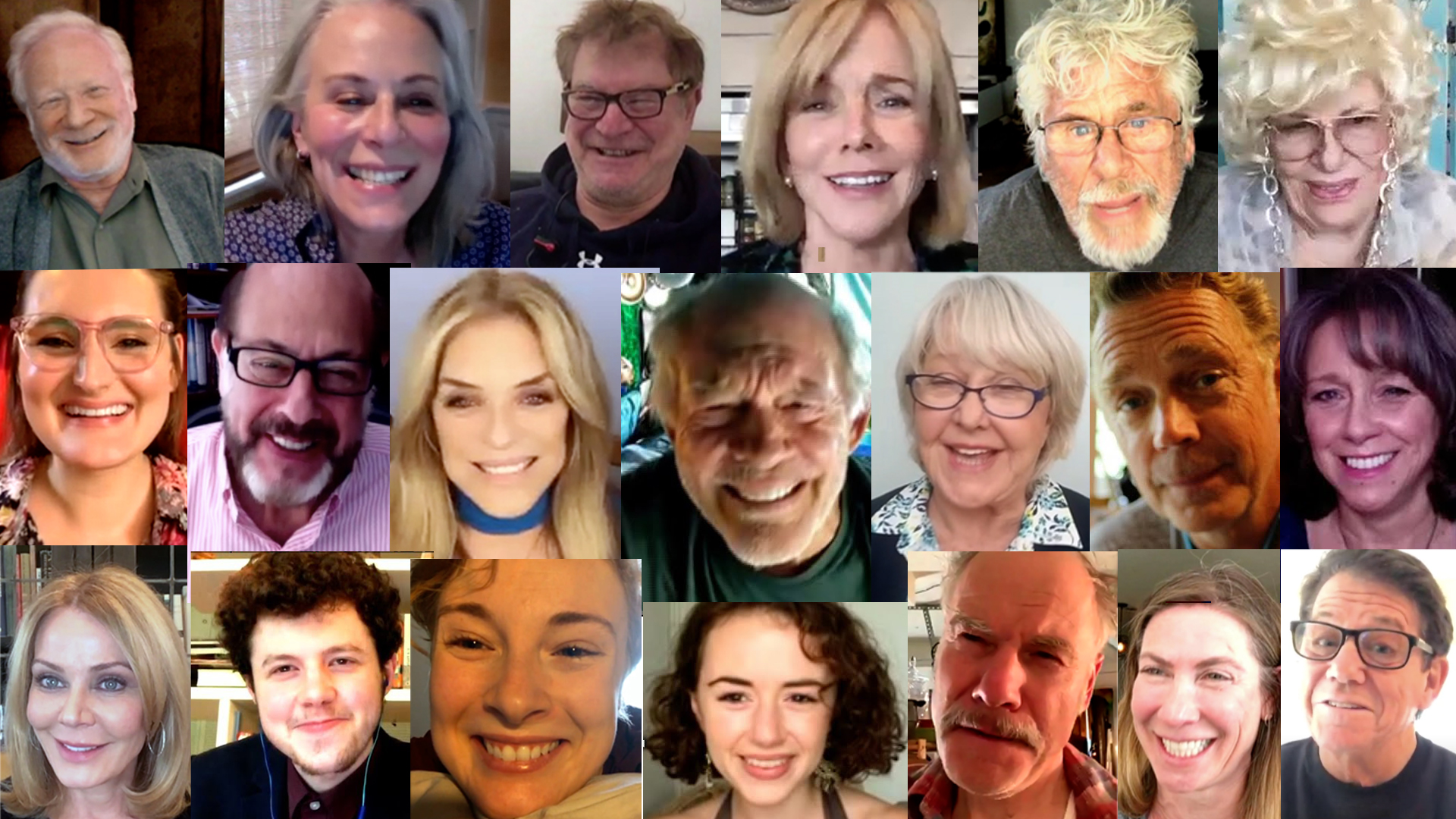 WHAT: Viral Vignettes, eleven one-act comedies starring popular character actors from classic TV shows and films that will be part of a three-hour streaming show.  Program will include Q&As with the actors to benefit The Actors Fund. Viral Vignettes is the brainchild of producer David Levin. Originally produced in the first months of the pandemic in 2020, the series raised money for the Actors Fund and premiered on the YouTube Channel POP GOES THE CULTURE TV.
Hosted by Actor and Impressionist Jim Meskimen (Jimpressions, Impress Me) will also include Q&A from many of the original performers, writers, and directors plus live chat rooms with some of them during the show. The series is fully scripted and produced in 2020 during the early days of the pandemic. Stars play characters talking to each other over Skype, FaceTime or Zoom, dealing with the ups and downs of life, during that unprecedented time.
WHEN: Saturday, May 8, 2021
TIME: 5:00 p.m. to 8:00p.m. Pacific /  8:00 p.m. to 11 p.m. Eastern
WHERE: www.viralvignettes.com
WHO: Barry Bostwick (Spin City, Rocky Horror Picture Show), Mary Chieffo (Star Trek Discovery), Lydia Cornell (Too Close for Comfort, Curb Your Enthusiasm), Maxwell Gail Jr (Barney Miller, General Hospital), Michele Greene (LA Law), Yvonne Jung (Third Watch, ER), Jane Kaczmarek (Malcolm in the Middle, Mixed-ish), Adam Langdon (Prodigal Son, The Curious Incident of the Dog in the Night-Time), Jenny Leona (Unforgettable, Blues Clues), Fred Melamed (WandaVision, A Serious Man, Curb Your Enthusiasm), Jim Meskimen (Jimpressions, Impress Me), Don Most (Happy Days, Glee), Gail O’Grady (NYPD Blue, Deuce Bigalow, Boston Legal), Emma Pfitzer Price (Competitive Figure Skater), Linda Purl (Happy Days, Matlock), Susan Ruttan (LA Law, Mom, Shameless), John Schneider (Dukes of Hazzard, Smallville), Renee Taylor (The Nanny), Robert Wuhl (Batman, Bull Durham, Arliss) as well as Writers and Directors –  Fred Stroppel, David P. Levin, Kurt Fried, William Bickley, Jenny Leona, Anson Williams (Happy Days, Skyward) and some surprise celebrity guests!
MEDIA: According to Viral Vignettes producer, David Levin, “It occurred to me that musicians were creating concerts in their living rooms. Comedians were doing stand-up in their bathrooms. Talk shows were happening in basements,” Levin recalled. “But scripted content had come to a dead stop. Writers have to write. Actors have to act.  Although studios and networks shut down, the need for creative outlet still existed for performer. I thought let’s be creative. We all have smartphones, zoom, FaceTime, let’s do some good for The Actors Fund and maybe put a smile on people’s faces.  Now is the time to commemorate this very challenging year by looking back at where we were.”
Douglas Ramirez of the Actors Fund added, “Being on the frontlines every day to help our community can at times be very taxing and all consuming. But each week, I knew there would be a moment to escape, laugh, cry, and connect through this wonderful series. Wednesdays were a highlight of my week when I got to see so many that I grew up watching and admiring. It felt like connecting with old friends, which is very special.”
This very special one-time encore of Viral Vignettes will be another opportunity for viewers to contribute to the Actors Fund, which in the past year has surpassed all previous years in their vital mission.
ABOUT THE ACTORS FUND: The Actors Fund is a national human services organization that fosters stability and resiliency and provides a safety net for performing arts and entertainment professionals over their lifespan. Through offices in New York, Los Angeles and Chicago, The Fund serves everyone in film, theater, television, music, opera, radio, and dance with programs including social services and emergency financial assistance, health care and insurance counseling, housing, secondary employment, and training services. Since March 18, 2020, The Actors Fund has provided more than $20 million in emergency financial assistance to over 16,000 people who work in performing arts and entertainment.
Many of the stars, producers, writers, and directors are available for TV, Radio, Press and Podcast interviews.
Airable clips and promos available upon request
For review episodes, (Available until April 29) go to: https://youtube.com/playlist?list=PLI93rV8eB_Gn8Lu9Qxf5XWQaZbqiJUtxW
Celebrity News
Share on Facebook
Share on Twitter
Share on Pinterest
Share on LinkedIn