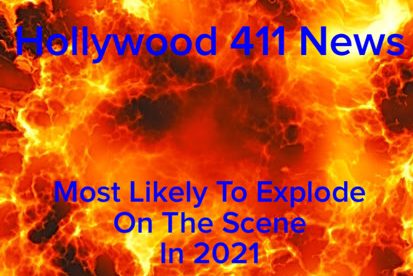 With the worst year in the history of mankind behind us, 2021 is looking more hopeful…hopefully. Although our future can never be wholly known, our present is like an arrow that can point the way ahead. Where it will land, we never know, nor what is waiting for us on the other end as the arrow falls to earth. In the end we all become memories even when the heart stops beating…..However who will be remembered? These are our staff picks including indie artists, rising talent, and those who have already made their mark, most likely to be noticed on the scene or even explode……

Anthony Ramos: For “In the Heights.” Ramos has already created a splash for his role in the musical “Hamilton.”

Can He Pull It Off?:

McKenna Grace: The 14 year- old actress will be starring in the sequel to “Ghostbusters”

Sherry Nelson: Though not yet a household name, Nelson is on her way as TV co-host most sought after with an unquestionable TV and screen presence. 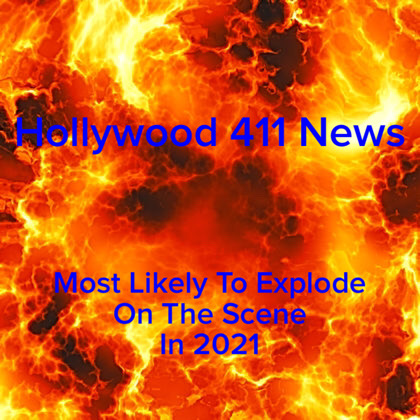 Elizabeth Moss: Moss securely holds the lead in the “Handmaiden’s Tale” as fans wait for its return with baited breath.

Martin Kove: The most hated character on the planet in the number one series Cobra Kai, we want to see what he’s up to.

Gianni DeCenzo: Also from Cobra Kai, The young actor is flourishing  with  young audiences as an inspirational Nerd.

Keep Your Eye Out:

Judy Parfitt:  The 85 year-old Sister Monica Joan of Britain’s “Call the Midwife” portrays a nun approaching dementia (who lost her husband from that very illness).

Rick’s Plaice: Superstar and legendary keyboardist from “YES” plays his pianos with a flurry of British humor.

Artist of the year Again:

The Weeknd: He doesn’t need a Grammy to still be the most listened to artist.

Ed Sheehan: After a family hiatus Ed has returned stronger than ever.

Billie Ellish: Of course she will, she already is.

The PondHawks: This Chicago based indie group has the biggest fan base on the planet…. keep watching.

ReW STaRR and the ReWlettes: Their benefit cover “To Sir With Love” will put them on the map.

Metal With A Twist:

As Popular As Ever:

The FMs: “Silent City”, “ Annihilation Denial”…They are trying to save the world without being dicks.

About to Make Some Noise:

It Gets Bigger and Better:

Even More Down South:

You Really Shouldn’t Have with James Warwick

105.5 FM Radio Real Talk With G-Love and a Kenny Wilkerson

Meet Me For Coffee with George Rock

Louder a Than War Radio with Nigel Carr

The Adventures of Pipeman with Dean K.  Piper

Reading is The Great Escape

Mickey Burns: “From The Projects to Profiles: A Memoir” An unlikely journey to stardom.

One In a Million

Howard Bloom: “Einstein, Michael Jackson and Me: A Search For Soul in the Power Pits of Rock and Roll.” Bloom has been called “the greatest press agent that rock and roll has ever known.”

Eileen Shapiro: ”Waiting For Adam” A quest to interview Adam Ant through 3 continents and interviews with some of the biggest celebrities on the planet.

Leland Sklar: “Everybody Loves Me” 6,000 celebrity and man in the street pictures of people giving Sklar the bird. You cannot put this coffee table book down.

Concert Producers Virtual or Otherwise to Get Excited About

Laura Dern Had To Remind Jeff Goldblum Why He Was So Shirtless And Sweaty In Iconic Jurassic Park Scene
The 50 Best Book Covers of 2021, As Chosen By Graphic Designers
Tenniscore Looks to Wear On and Off the Court
Sugababes announce UK tour dates after incredible Glastonbury set that ‘shut down’ the festival
Top 5 Aaron Tippin Songs