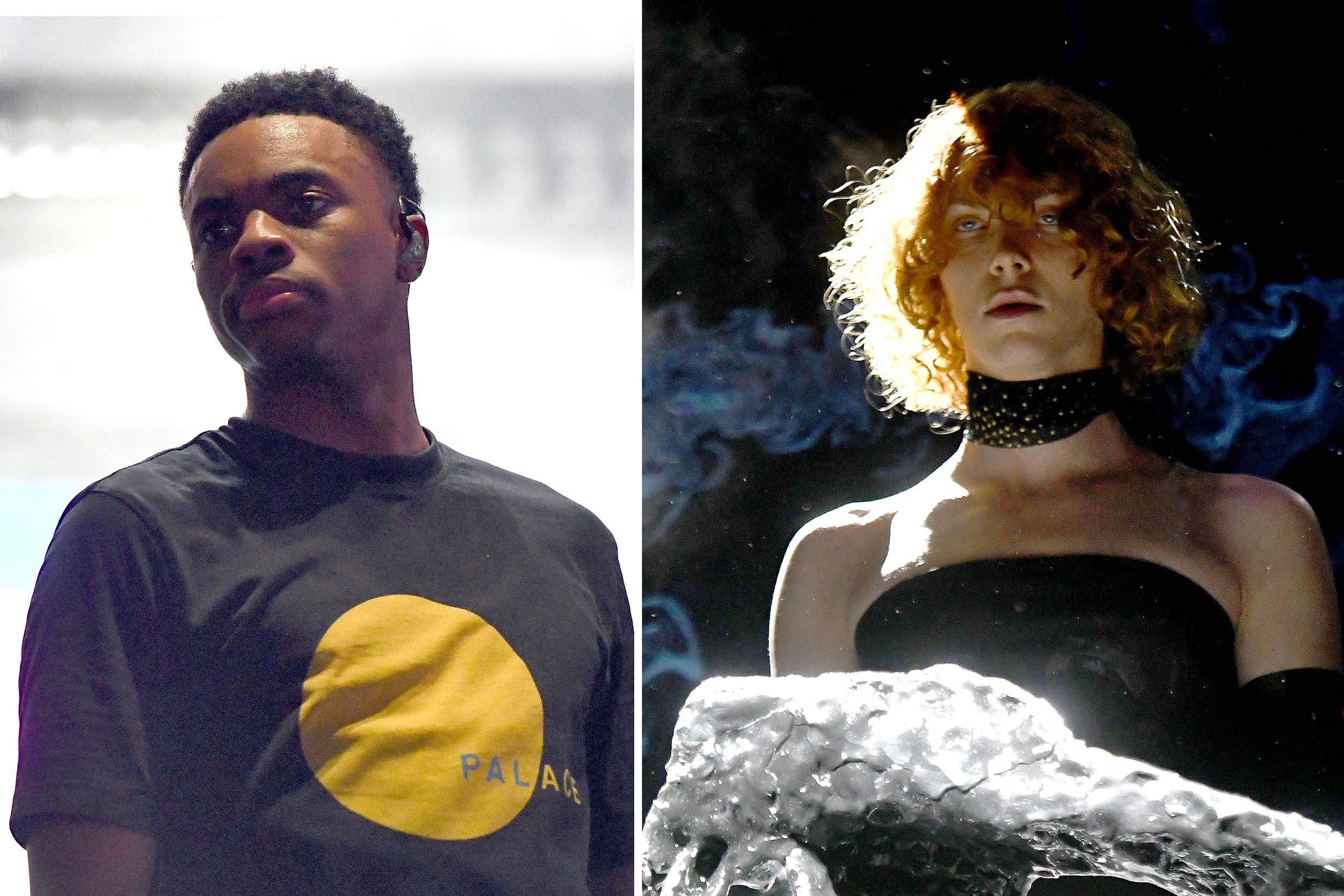 Sophie, the acclaimed U.K. electronic pop producer who died on January 30th, pushed music’s cutting edge forward relentlessly in her work with artists across genres. One of her most notable collaborations was with Vince Staples, producing two tracks for his 2017 album Big Fish Theory. Here, in a new interview, the Long Beach, California rapper talks about how he got to know Sophie on a tour of Australia in 2016, and how their friendship went beyond music.

This interview has been lightly condensed and edited.

I can get bored fast when it comes to certain things in music, but Sophie’s music was interesting. It was loud. I remember hearing songs like “LEMONADE” and “MSMSMSM.” The thing about PC Music at that time, there was still a little bit of mystery left. We didn’t know if Sophie was A.G. [Cook]. That was around the time I first started playing festivals. I was learning the importance of grabbing attention, the way certain sounds and textures can turn your head. We had songs that people liked, but even if they liked the songs, they didn’t demand attention. One thing about Sophie’s music, it demanded attention.

In 2016, we went on tour with Flume in Australia. That was my favorite trip I’ve ever had in my life. I would wake up early, and nobody would be up but me and Sophie. You’d go to these hotels, a lot of them have pool decks. Flume is bigger than Justin Bieber in Australia, but we weren’t the hottest things in the business at the time, so we had smaller rooms. I would go out just to get some space, and I’d see Sophie. I don’t know if she brought anybody on tour, maybe one or two people. She traveled light. I remember once we were at the pool. She was on her computer, I was doing whatever I was doing. I was like, “I’ll see you later, Sophie!” She looked at me like I was crazy, like a how the fuck do you know who I am? type thing.

So we played that day, and then we were in the place where they serve lunch. I was with my manager and my DJ. My manager is the most hip-hop’d out person I’ve ever met in my life — older dude, mid-forties, from New York. You might think there would be a disconnect. But I was like, “This is Sophie.” My manager was like, “Your shit’s hard, yo!” As soon as we met her, everybody was cool.

We’d talk every day in Australia. It was a close-knit tour. It was Flume’s tour, so no one [in the audience] cared about Sophie, and no one cared about me. But her music demanded attention. While 30,000 people were waiting for one guy to go on, her music demanded attention. I would just be chilling backstage, and she would always say, “Come to the studio one day.” She caught us one day at like 2 o’clock in the morning. I go to sleep early, I’m an old man. But I was up, so me and my DJ went to the studio. Sophie was playing some music. She went outside real quick and came back and said, “I have something for you,” and she played “Yeah Right.” I tried something, but she said that it wasn’t the attention-grabbing thing that she goes for. So I reapproached it. [Sophie’s approach] was like: Don’t tell stories. I don’t care what you’re talking about. The attention is what’s important.

That’s how she worked. At that time in my career, I was at the point where you’re reassessing how you feel about yourself, what your purpose is, what your sonics are. Sophie had something that we were looking for.

A few months later, I was working on Big Fish Theory at EastWest [in Los Angeles], and she came to the studio when she was in town. She was with [producer] Jimmy Edgar, and they had just gone to Disneyland. She popped up at the studio randomly in Mickey Mouse ears and a leather jacket on. It was 100 degrees outside — that’s the type of shit she does. Jimmy played “745,” and Sophie grabbed a water bottle and left. She was there for, like, three minutes. Then later on, I said, “Are you still here [in L.A.]?” She was like, “Yeah.” I was like, “I need something else for the album.” She was like, “I have one.” That was the “Samo” track. That’s how it came about. She didn’t care who you were; this was the beat she had for you, and that’s what you were going to use, or not.

We made those songs, but my understanding of Sophie doesn’t come from making those songs. It just comes from regular life stuff. Our friendship didn’t have anything to do with music, to be honest. I would see her at festivals and shows. I saw her at some festival in New Orleans or somewhere random, and it was a hilarious day. That’s when I took the picture I posted the other day. I remember she came back here for a minute, and I went to the house where she was staying, heard some music. Just checking on her, making sure she’s OK, like you’d do with any of your friends.

Sophie was a very, very unique person. I was in the studio a couple weeks ago with Kenny Beats, and Kenny was sharing stories about being in sessions with her. When Sophie walks in a room, you know Sophie’s there. Doesn’t matter who else is in the room. She was very bright, very fun — even though she doesn’t talk at all. When she does talk, it’s probably going to be some wild shit.

I’ve seen Sophie around a dozen sessions, around different kinds of people, different genres, different races, different backgrounds, and she was never afraid. I never saw her once afraid to be who she was, to wear what she wanted, to say what she wanted, to play what she wanted. Not once. I think that’s the most important takeaway: You don’t have to be afraid. Producers, musicians, trans people, people all over, no matter who you are, to be honest — I don’t care who you are, that’s something you could take something from. You don’t have to be fearful. I haven’t once seen fear on Sophie’s face, no matter what.