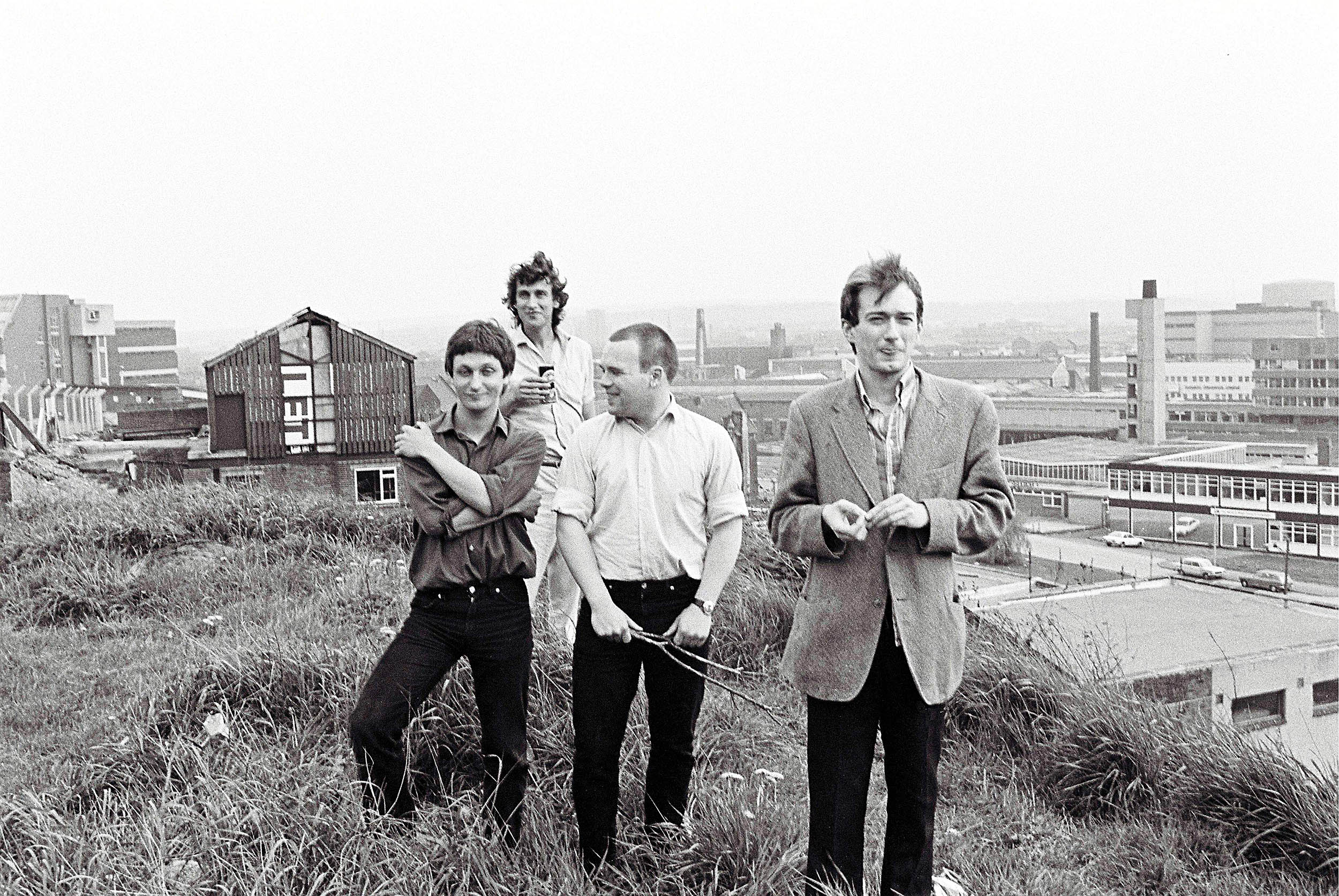 Gang of Four: 77-81, an LP compilation of the English post-punk band’s seminal work that was originally scheduled for this past December, will now be released on March 12th after a delay due to production issues. (A CD version will arrive later on April 23rd.)

As a sampler for the box set, Gang of Four have released both a lyric video for their signature song “Damaged Goods” as well as a demo of the unreleased track “Elevator,” which will be included on the box set’s cassette tape. Gang of Four’s Jon King says of the song: “It was a keeper until it wasn’t. By the time we got into the Workhouse studio to record Entertainment, it was in the dumper. I’d forgotten ever writing it until it was dug up for the box set cassette. I like it: the jangly riff, propulsive rhythm, and dopey lyrics take me right back to the day.”

Gang of Four: 77-81 was originally announced in October 2020, following the death of founding guitarist Andy Gill in February at the age of 64 from a respiratory illness; Gill’s widow has since speculated that his death was Covid-19-related. The band’s current members later released the Anti Hero EP — featuring recordings Gill made prior to his death — as well as released 14 archival live recordings on Spotify.

Tom Morello, Serj Tankian Cover Gang of Four’s ‘Natural’s Not in It’

Before his death, Gill also helped curate another Gang of Four compilation, this one consisting of 20 covers of the band’s songs by various artists, including Tom Morello, Serg Tankian of System of a Down, Idles, Gary Numan, Flea, John Frusciante, La Roux, the Dandy Warhols, Warpaint, and more. The compilation, titled The Problem of Leisure: A Celebration of Andy Gill and Gang of Four, will be released on May 14th.