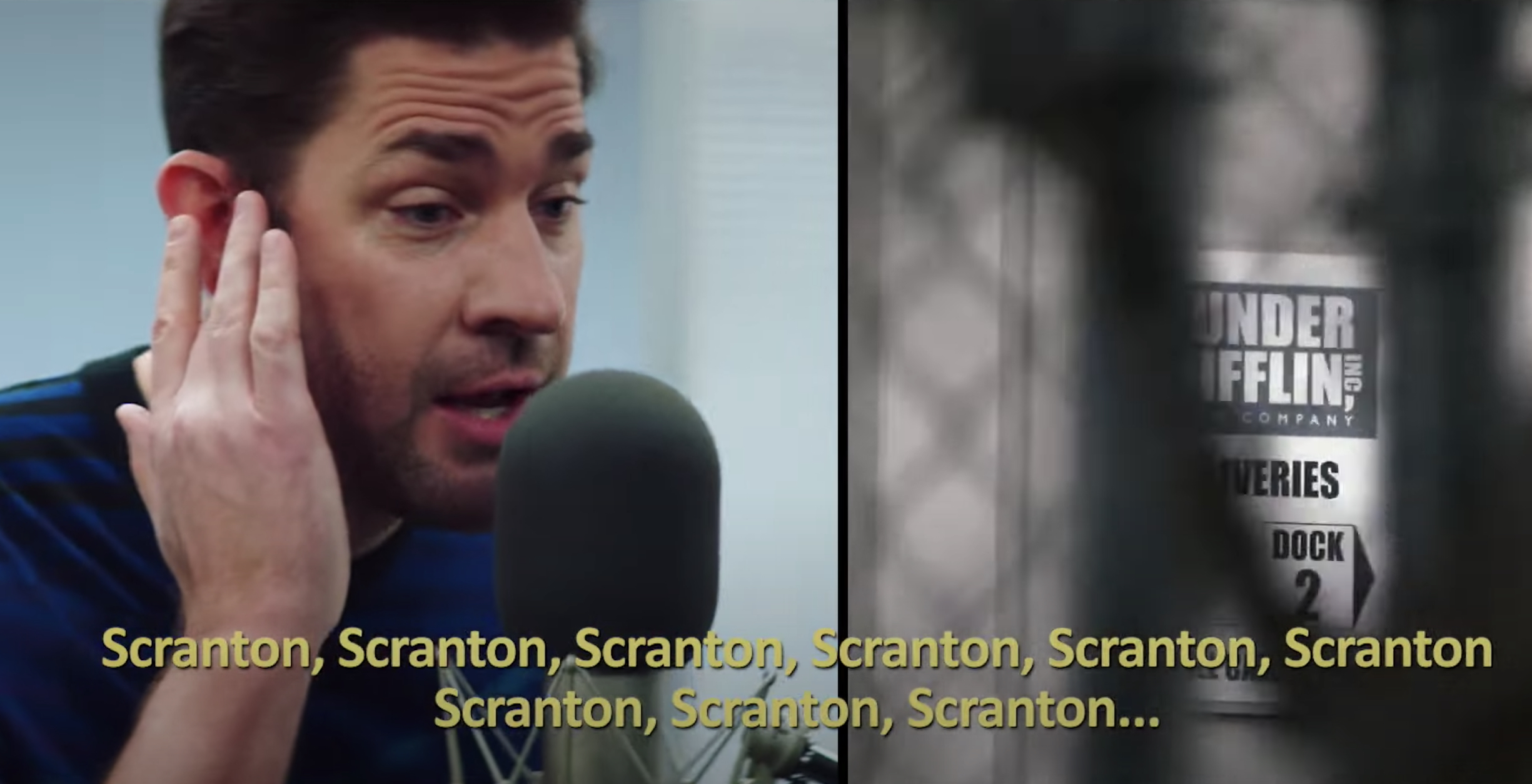 John Krasinski, who notably played Jim on The Office, sang new lyrics that he wrote for the beloved sitcom’s opening theme as guest host of Saturday Night Live.

The “Now! That’s What I Call Theme Songs Sung by the Stars of the Show” sketch gave the SNL cast an opportunity to showcase their celebrity impressions — including Chloe Fineman’s impersonations of both Nicole Kidman (The Undoing) and Kim Cattrall (a sexless Sex and the City) — but the highlight came when Krasinski unveiled his own lyrics to The Office’s instrumental theme song over the show’s opening credits.

“Scranton,” Krasinski sang nine times over the opening notes, “That’s where we all live and work / That’s a calculator / There’s Dwight, he’s the bad guy / And the hero’s name is Jim.”

Krasinski’s literal lyrics also pointed out opening montage moments like Dwight’s tie flip and the closing shot, “Then [Steve] Carell does the trophy thing. The Office.”

As noted during Krasinski’s opening monologue, millions of people stuck in quarantine watched and rewatched The Office so often that reality has blurred, to the point that the SNL audience (jokingly) thought Pam, the love interest of Krasinski’s Jim on the show, was the actor’s real-life wife. While Jenna Fischer, who played Pam, didn’t make a cameo, Pete Davidson stepped in to play the Pam role: