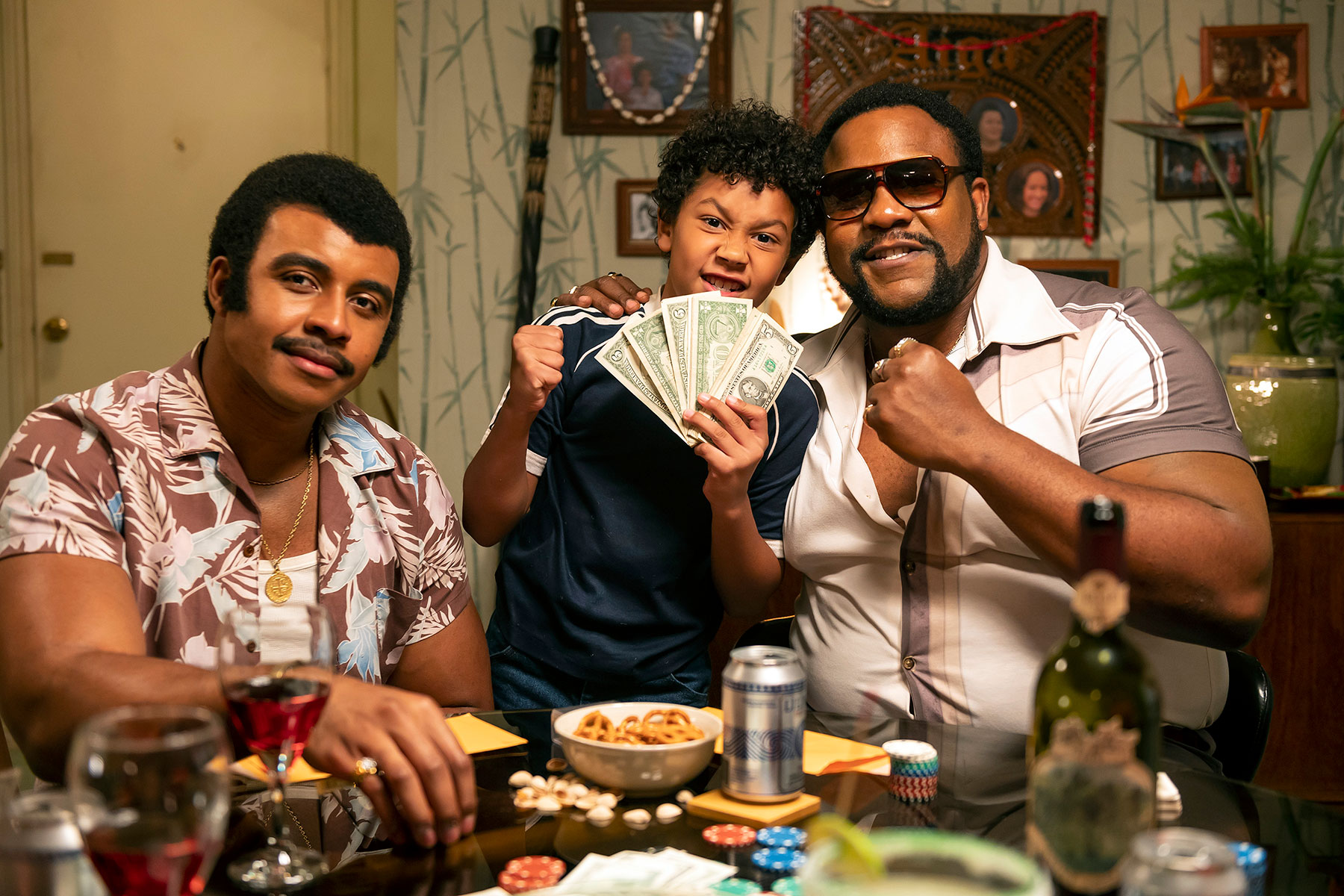 Benedict Cumberbatch stars as an ordinary British businessman – who has been recruited by MI-6, the U.K.’s intelligence service, and a CIA operative. The goal? infiltrate the Soviet Union. The film is based on the true-life of Greville Wynne. He’s the farthest thing from a spy, but the mission is hinged upon Wynne’s ordinariness. (March 19th)

“We’re like the Gilmore Girls,” Georgia says to her daughter, Ginny, in order to get her to crack a smile. “But with bigger boobs.” Ginny doesn’t laugh. Like Gilmore Girls, the new Netflix series follows a young mother trying to raise a teenage daughter. Ginny, a biracial fifteen-year-old girl, is used to always being the “new girl,” after a childhood filled with moving around. Now, Georgia wants to put down some roots for her daughter – put her own past may stand in the way. (February 24th)

In the Legendary Pictures’ MonsterVerse, there’s been a war in the making. Now, in the fourth film installment, Godzilla and Kong face each other in an epic battle that has the whole world in its throes. The showdown comes while Kong and his protectors are trying to deliver him to his true home. Godzilla is wreaking havoc on the world, and Kong is the only being able to match – and maybe even surpass – Godzilla’s might. (March 26th)

Tired of living in the confines of their family lives, Ritchie (Olly Alexander), Roscoe (Omari Douglas), and Colin (Callum Scott Howells) all set out on their own journies to London, where the culture and nightlife allow them to be who they are more freely; that is, to be openly gay. In the HBO Max miniseries’ new teaser, we see the young men take advantage of their new freedom until suddenly the mood of the times turns darker. It’s 1981, and AIDS has appeared. While so much about AIDS is unknown to them, the powers at be have more information, and they’re withholding it. (February 18th)

Sharon Preston-Folta always knew who her father was. But because she was born of mistress, it was kept secret. In a new documentary, Preston-Folta discusses what it was like growing up as the secret child of jazz legend Louis Armstrong. She shares old letters and personal cassette tapes in which Armstrong showers his daughter in love. However, nothing was really that simple. “Publicly fawning over a child fathered with his mistress wasn’t exactly an option for Louis Armstrong,” Preston-Folta says. “He always wanted to be a father. But we had to keep it all secret.” (2021)

Raya and The Last Dragon

Raya’s nation has been war-torn for so long, nobody can remember an era when its people were at peace with each other. That doesn’t stop her from Raya (voiced by Kelly Marie Tran) from setting out on her mission to find the world’s last dragon, who will ultimately help bring peace. As far as dragons go, this one isn’t the most helpful. “I’m going to be real with you. I’m not like…the ‘best’ dragon,” says Sisu (voiced by Awkwafina). “Have you ever done like a group project but there’s like that one kid who didn’t pitch in as much but still ended up with the same grade?” (March 5th)

“Amazon, for drugs.” That’s how Ross Ulbricht (Nick Robinson) describes his newest entrepreneurial enterprise, Silk Road. The underground site’s success is not lost on federal investigators, and soon a DEA agent is fully consumed by the idea of taking down Ulbricht; as the trailer hints, he even fakes a frame for attempted murder. The film is based upon the 2014 Rolling Stone story, “Dead End on Silk Road: Internet Crime Kingpin Ross Ulbricht’s Big Fall.” (February 19th)

Snoopy and the gang are back for an all-new AppleTV+ series. The new teaser highlights the moment when Charlie Brown first met his beloved beagle. Snoopy, just a lonely puppy then, didn’t know what was in store: motorcycles, football games, failed baking projects, lots of sledding, and a whole lot of friends. (February 5th)

The SpongeBob Movie: Sponge on the Run

Gary’s been “snail-napped,” and the only way to find SpongeBob’s beloved snail is to venture into the heart of the mythical Lost City of … Atlantic City. SpongeBob’s best friend Patrick is along for the ride, and while they embark on their adventures, they run into people that don’t normally frequent Bikini Bottom: Awkwafina, Snoop Dogg, Tiffany Haddish, and Keanu Reeves – who appears as an advice-giving tumbleweed. (March 4th)

Supervillain: The Making of Tekashi 6ix9ine

Showtime’s upcoming docuseries takes on the rise and fall of Tekashi 6ix9ine. Once a figure of total obscurity, 6ix9ine harnessed the power of marketing and controversy to propel himself to total infamy. The film was co-produced by Rolling Stone alongside Imagine Documentaries and Lightbox, and it offers a view inside 6ix9ine’s notorious trial that ended with the conviction of two alleged members of the Nine Trey Gangsta Bloods. (February 21st)

In the latest season of Ava DuVernay’s drama, the Bordelon family grapples with the coronavirus pandemic – as well as the protests for racial justice that erupted in the wake of George Floyd’s murder at the hands of the police. In an emotional moment, we see Ralph Angel (Kofi Siriboe) explain to his young son Blue (Ethan Hutchison) why their family is more likely to get stopped by the police. (February 16th)

Dewayne “The Rock” Johnson is running for president. Well, not really, but he is in the new NBC comedy series based on his life. The year’s 2032, and Johnson is telling the interviewer covering his campaign what it takes to understand him: “You gotta understand where I came from.” From there, flashbacks show us young Johson and his “larger than life family” who helped make his dreams a reality. (February 16th)