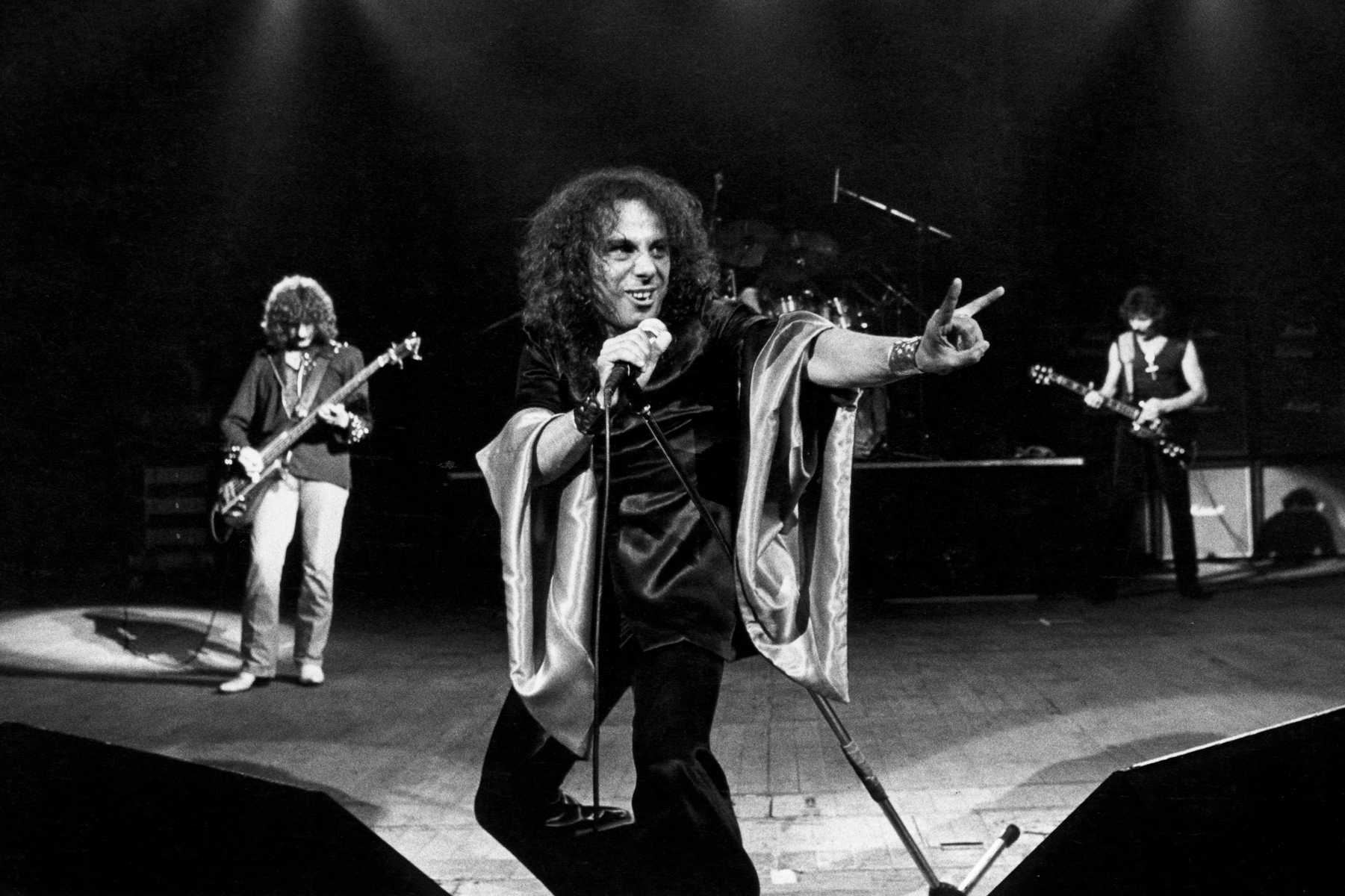 On the track are Dio, founding Sabbath members guitarist Tony Iommi and drummer Bill Ward, and bassist Geoff Nicholls, who joined the group in 1979 after founding bassist Geezer Butler quit the group for a short time. Nicholls, whose estate posted the recording Thursday to mark the fourth anniversary of his death, later moved over to keyboards and played with the band until 2004.

“I recently found this Sony C-90 tape cassette amongst the thousands in Geoff Nicholls’ archive,” Nicholls’ stepson and estate executor wrote on the YouTube post, according to Blabbermouth. “On the inlay card is written ‘On & On Heaven & Hell Original Version Geoff Playing Bass.’ Inside the cassette case was a Maxell UD 90. The B-side is written ‘On + On Heaven Hell Original Geoff on Bass.’ Nowhere does it say that this is Black Sabbath on the cassette. ‘On And On Heaven and Hell’ may have been the original working title.”

The recording starts with one of the musicians counting the tune in, “two-three-four,” before kicking into the song’s iconic riff. The bass is understated, poking about underneath Dio’s vocals. The lyrics are largely the same as the better-known version on the Heaven and Hell album (1980), save Dio’s “Fool, fool” interjections on the finished version and some of the lyrics after the bridge (notably “the moon is just the sun at night” is missing). Dio’s “ahhhh” bridge is less pronounced, too.

Robin Williams: The Triumphant Life and Painful Final Days of a Comedic Genius

Where it differs most is Iommi’s playing in the solos, which are more starkly bluesy, akin to his playing on the early Sabbath recording “Warning.” Also, when Butler returned to the band, he gave the bass line a rounder feel and added some of his own signature filigrees.

“Geezer left,” Iommi wrote in his memoir, Iron Man. “He had marital problems, so he had to go home to sort it out and basically leave the band for a while. Ronnie played the bass for a bit, so suddenly we were a three-piece: Bill, Ronnie, and me. We came up with a couple of things, but that’s when I flew Geoff Nicholls over [from England to L.A.]. I said, ‘We’ll just get somebody in temporarily, who can help out while we are here.’ The first song the four of us came up with was ‘Heaven and Hell.’ I played this riff and Ronnie just sang away to it. It was that instantaneous. And we said to each other: ‘Oh man, do we like this!’”

Heaven and Hell and its follow-up LP Mob Rules will be expanded into two-disc reissues next month. Although this “Heaven and Hell” demo is not on the tracklist, each reissue contains B-sides and previously unreleased live recordings, among other rarities.