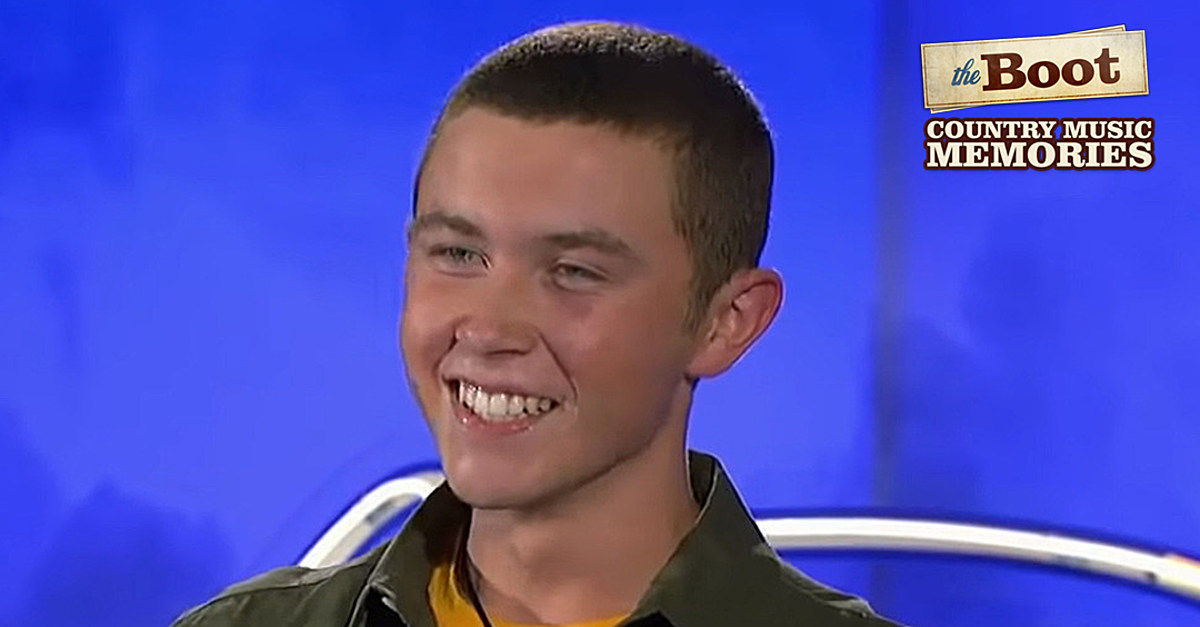 Scotty McCreery seemed like he was on the fast track to winning Season 10 of American Idol from the very first moment he appeared onscreen. His audition first aired on Jan. 26, 2011 — 10 years ago today — and it’s one of the most memorable moments in the entire history of the TV singing competition.

McCreery was just 16 years old when he auditioned for the panel of Idol judges, which at that time consisted of Randy Jackson, Jennifer Lopez and Aerosmith singer Steven Tyler. He was gangly and his hair was shaved in a buzzcut, but even at that age, McCreery already possessed the rich, well-developed baritone that would see him dominate his season on Idol.

The Garner, N.C., native charmed the judges before he even began to sing — especially Lopez, who clearly took to him immediately, bantering back and forth with him before exclaiming, “I hope you can sing!”

McCreery initially sang Josh Turner‘s “Your Man” during his audition, showing off an exceptionally strong lower range. Tyler then asked him to show the higher part of his range, and McCreery responded by singing Travis Tritt‘s “Put Some Drive in Your Country.”

“Well, hellfire, save matches, f–k a duck and see what hatches,” an astonished Tyler exclaimed.

The room erupted after that, with the other judges, technicians and producers all thrown into a tizzy at the unexpected comment, but the unflappable young man remarked, “It ain’t nothin’ I ain’t heard in high school, brother.”

There was no hesitation on the part of any of the judges in sending McCreery through to the competition, where he turned in an unwavering series of strong performances week after week. He was just 17 years old by the time he won Season 10 of American Idol on May 25, 2011, becoming one of the youngest winners in the history of the program.

Did You Know These Stars Were Rejected by American Idol?

Jason Blum Believes He Could Get Robert Englund to Play Freddy Krueger One More Time
Monkeypox: Gay and bisexual men at high risk to be offered vaccines as UK cases surge
Introducing ‘Scare You To Sleep’: An Original Horror Fiction Podcast from the Bloody Disgusting Podcast Network!
Tory MP Nick Fletcher doubles down on claim that trans kids are just ‘going through a phrase’
One Silver Lining Of All The Brouhaha Surrounding The Oscars Slap Incident, According To Jada Pinkett Smith