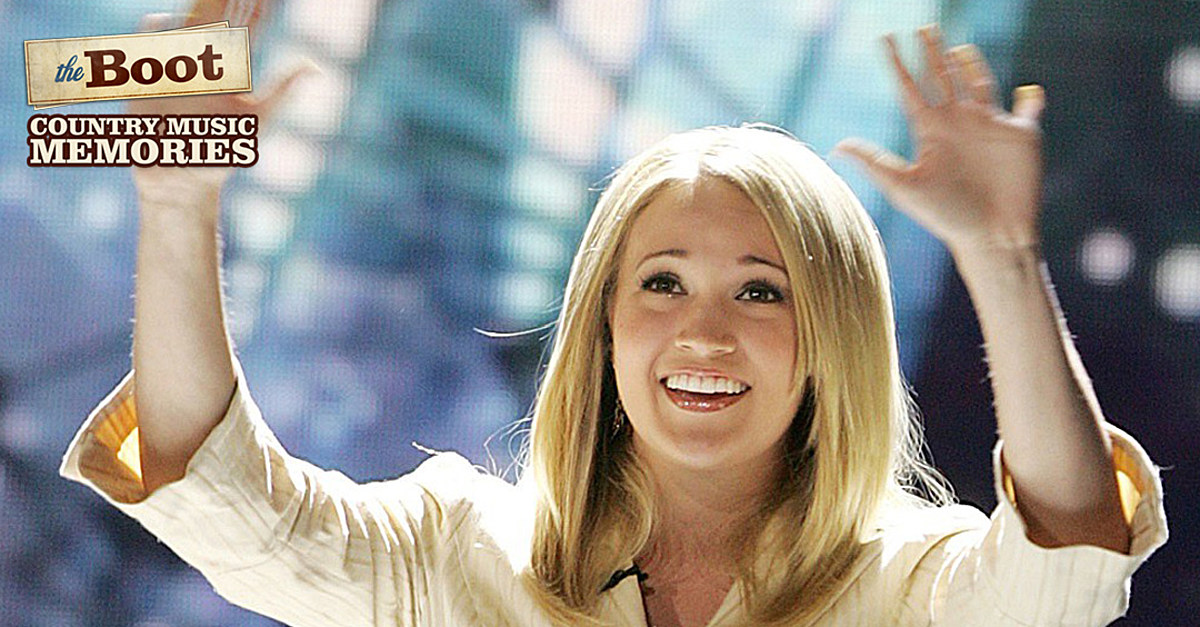 Fifteen years ago, Jan. 21 was a day of celebration for Carrie Underwood, and a hint at the superstar career that she was going to have. It was on this day in 2006 that the singer earned her first No. 1 hit on the country charts, with “Jesus, Take the Wheel,” from her debut album, Some Hearts.

While “Jesus, Take the Wheel” was Underwood’s first country No. 1, it wasn’t her first chart-topping hit overall. Previously, the now-superstar hit No. 1 on the pop charts with ”Inside Your Heaven,” which was released one month after she won Season 4 of American Idol in 2005. However, it was “Jesus, Take the Wheel” that introduced Underwood to country fans and showed off the kind of music that she was capable of making.

“My wife had a similar experience to the girl in the song: My wife had a car crash when we were dating,” James recalls to The Boot. “She nearly died. Her car spun around several times and went under an 18-wheeler. She said she saw angels come help her. She walked away with no injuries. I thought it was interesting that she had that same situation happen to her like the girl in the song.”

“Jesus, Take the Wheel” was released on Oct. 3, 2005. While some questioned Underwood’s choice of debut single, the Oklahoma native says she knew right away that it was the right song for her.

“People started saying, ‘Oh, it’s kind of risky. You’re coming out with a religious song,’” Underwood tells Esquire. “I was thinking, ‘Really?’ I grew up in Oklahoma. I always had a close relationship with God. I never thought it was risky in the least! If anything, I thought it was the safest thing I could do!”

WATCH: How Well Do You REALLY Know Carrie Underwood?

The 50 Best Book Covers of 2021, As Chosen By Graphic Designers
The Flaming Lips, Sheryl Crow, the Roots Lead New Climate-Themed Festival This Fall
Giveon Goes Deep on the Making of His New Album, ‘Give or Take’
Charlie Daniels’ Lavish $200,000 Tour Bus For Sale — See Inside
Canadian Librarian Responds To Threats Against Drag Story Hour by Adding Second Event