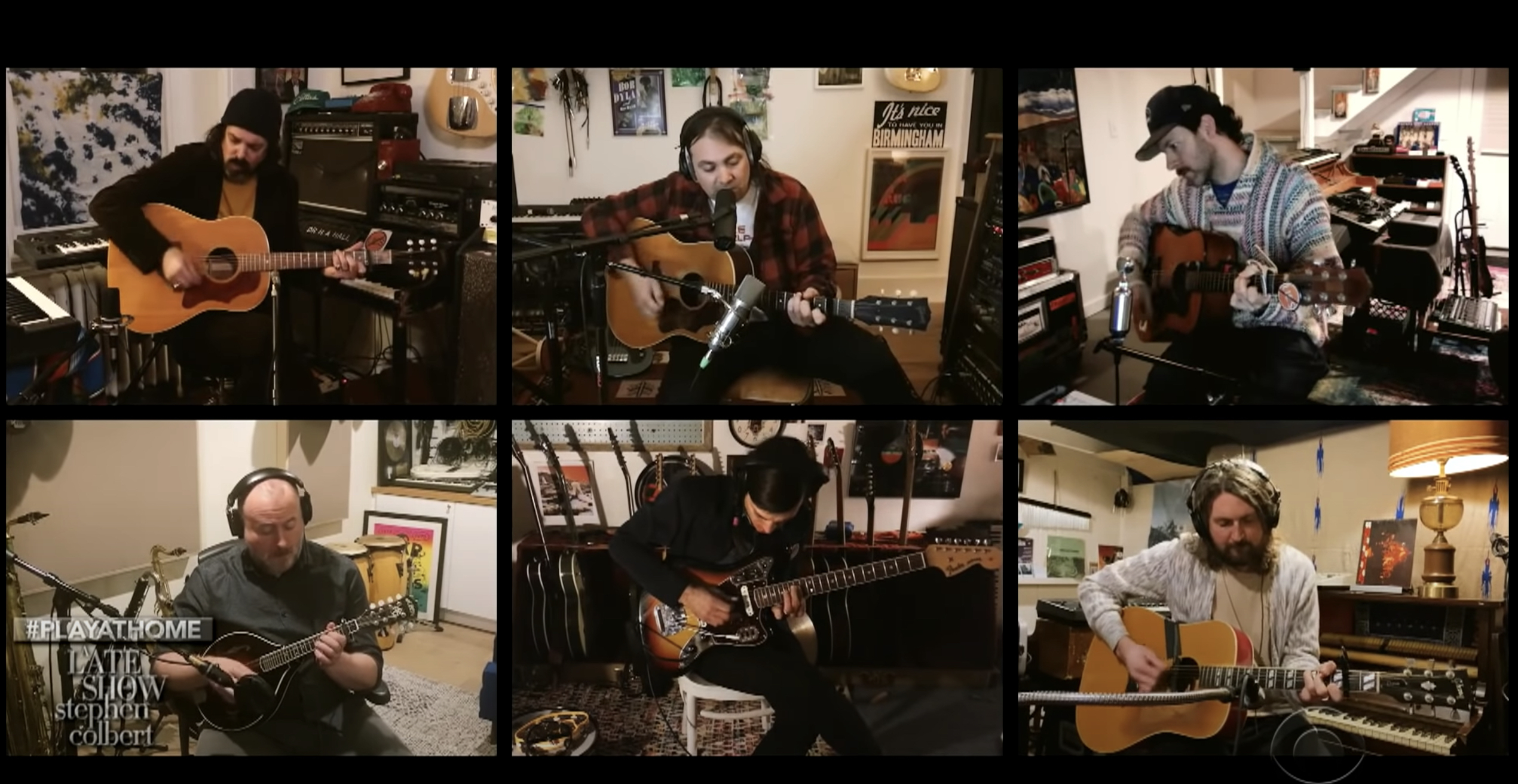 The War on Drugs returned to late-night to deliver a virtual performance of “Arms Like Boulders” on The Late Show With Stephen Colbert.

After premiering their new song “Ocean of Darkness” via a similar virtual setup on an October episode of The Tonight Show, the band dug deep into catalog for their latest appearance, playing a track from their 2008 debut album Wagonwheel Blues. The #PlayAtHome performance featured all six band members on stringed instruments, with five guitars and one mandolin.

The War on Drugs’ Late Show visit was in support of their recently released live album Live Drugs, featuring tracks pulled from over 40 hard drives of recorded at the band’s shows from across the years. The LP features tracks from the band’s four studio albums plus a cover of Warren Zevon’s “Accidentally Like a Martyr.”

“As a band leader, I always want to know where a song can go,” frontman Adam Granduciel said in a statement. “Even though we’ve recorded it, mastered it, put it out, and been touring on it, it doesn’t mean that we just have to do it the same way forever… It feels like it’s kind of a reset, to be able to put something out that’s a really good interpretation of the way we interpret our music live. Even though this recording is from a year of tours, this is really how these six guys evolved as a band from 2014 to 2019.”