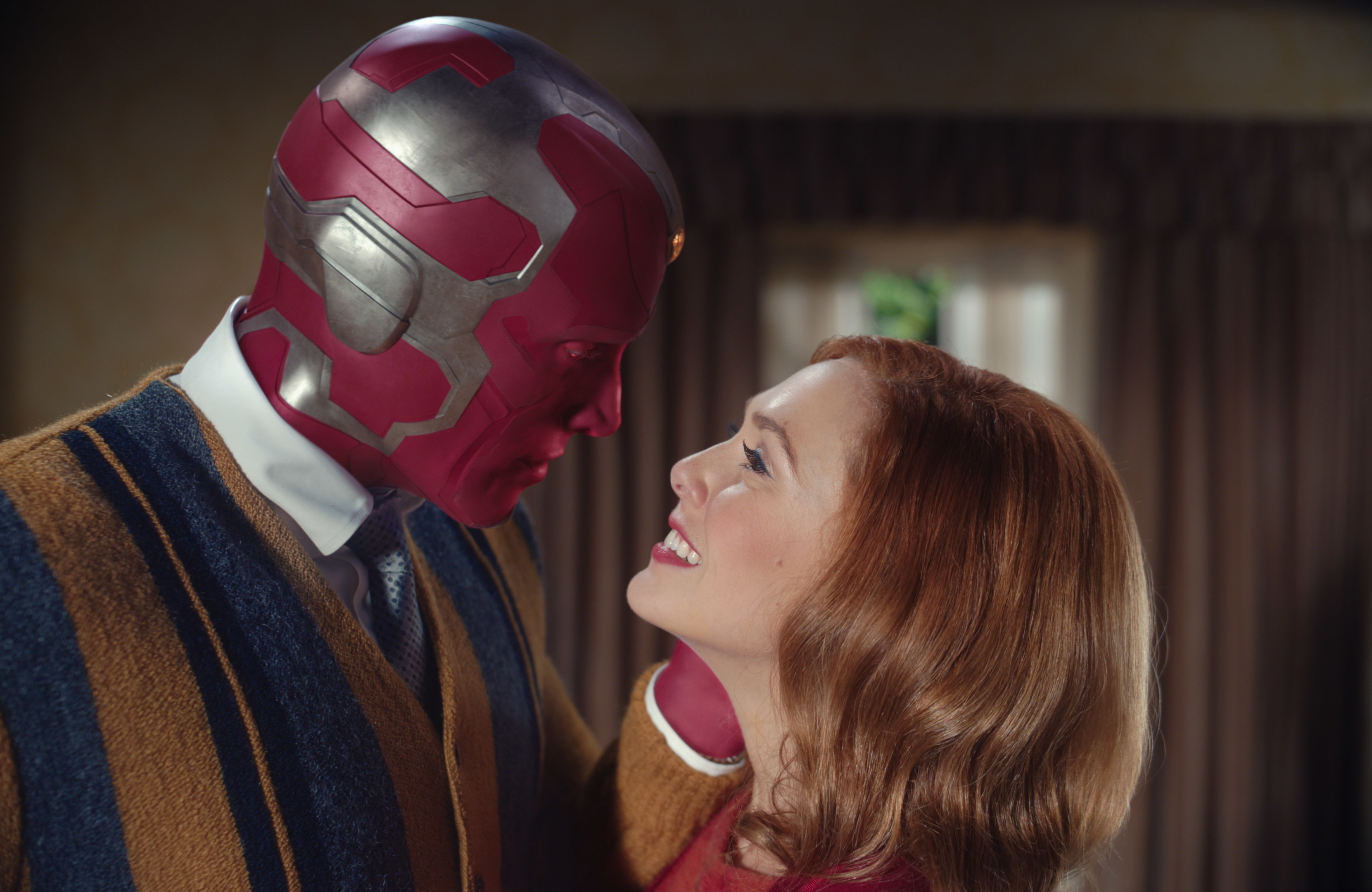 WandaVision has finally arrived, and Avengers fans eager to see what will happen in the Marvel series, which stars Elizabeth Olsen as Wanda Maximoff and Paul Bettany as Vision, can only watch it on one streaming service: Disney+.

Ready to visit Westview for yourself? Grab the remote, find a comfortable seat and check out everything you need to know to watch one of the most highly-anticipated series of 2021.

When Does WandaVision Come Out on Disney+?

Once you sign up for Disney+, you can catch the first episode of Season 1 of Marvel’s WandaVision on January 15, 2021. You’ll be able to stream the episodes on Friday, and Disney+ will release weekly episodes one by one. According to Disney+, Season 1 features nine episodes of the Matt Shakman-directed show, which is written by Jac Schaeffer (who co-wrote 2019’s Captain Marvel and is working on the new Black Widow movie). 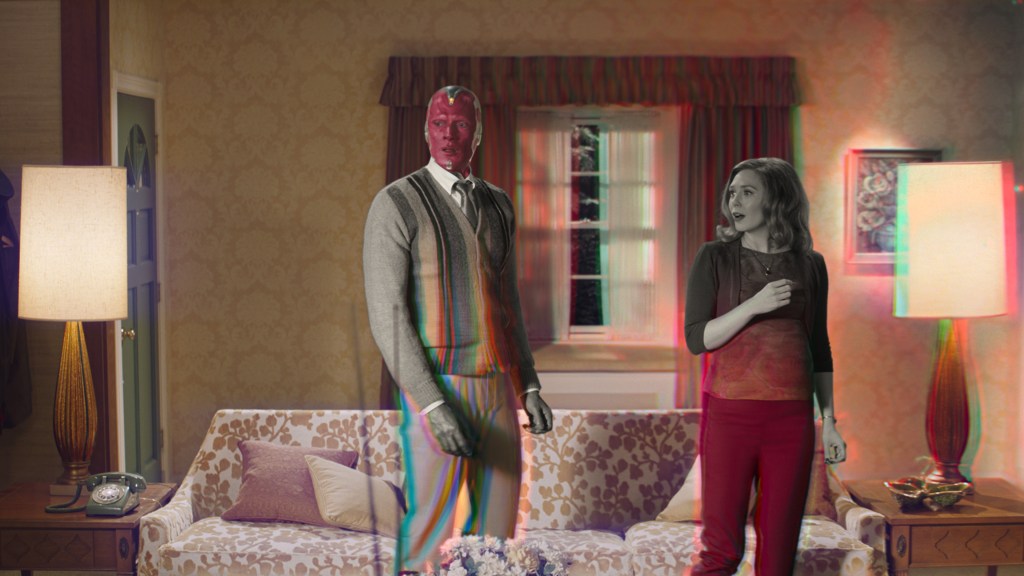 How to Watch WandaVision Online

Headphones and Earbuds from $18, as Audio Brands Launch ‘Work From Home’ Deals

Can’t Get to the Spa? These At-Home Back and Shoulder Massagers Deliver Rapid Relief

If you’re not a Disney+ subscriber, we found one of the best streaming bundles available with this deal that gets you Disney+, Hulu and ESPN+ for just $12.99 (don’t wait too long to take advantage of the deal — it’ll go up to $14 a month starting in March. By then, you’ll have to avoid spoilers and pay more to watch the series).

This bundle deal is the best plan for your money right now if you want more content at a discount, and it makes it easy to watch a ton of great movies and series in one place, including Avengers: Infinity War, Hamilton, Mulan, Pen15, two seasons of The Mandalorian and more.

Get the Disney+ Bundle Deal here

That’s not your only option, however. If you’re looking to subscribe to one platform instead of three, you can also sign up for a Disney+ subscription for just $6.99 a month, or save yourself some cash when you sign up for a year-long plan instead at $69.99.

How to Watch WandaVision on Disney+ for Free

Unlike services like Amazon Prime or Hulu, Disney+ isn’t offering a free trial right now. However, we’ve found a way for you to watch WandaVision free online without signing up for Disney+. If you are a Verizon subscriber, you may be eligible for their “Disney+ on Us” deal, which gets you six months of Disney+ for free. Select Verizon unlimited plans include the streaming service on the house, which will let you stream WandaVision on Disney+ for free. Get the deal or see if your current Verizon plan qualifies here.

You can stream WandaVision and all Disney+ content on just about any screen in your house, with the Amazon Fire TV 4K Stick (on sale for $49.99 right now), Roku or Apple TV. You can even stream the new series if you own a PS4 or Xbox One. 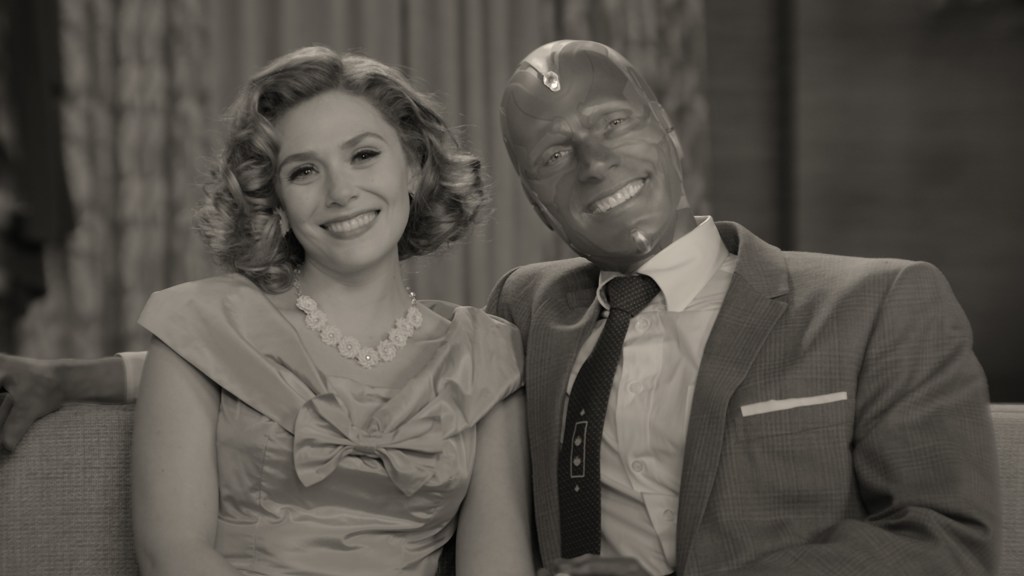 WandaVision has a PG rating so the whole family can watch all nine episodes of the weekly series. Each episode is 30 minutes in length.

As we previously saw in the series’ teaser, the show also stars Teyonah Parris, who plays Monica Rambeau from Captain Marvel, and Kathryn Hahn, who will play the “nosy neighbor,” Agnes, according to a release. The cast includes plenty more familiar characters, from Randall Park’s Ant-Man and the Wasp character Jimmy Woo, to Kat Dennings’ Darcy Lewis from Thor.

Once you stream WandaVision, you can catch up on all the other Marvel movies available on Disney+ here.

Who Wrote the WandaVision Theme Song?

The music we hear in the latest WandaVision trailer? While the catchy tune sounds like it could be part of a classic sitcom, it’s actually new. Oscar winners Kristen Anderson-Lopez and Robert Lopez, who wrote Frozen’s “Let It Go” as well as Coco’s “Remember Me” (both of which you can stream on Disney+), created the series’ theme song, featured in the new retro-inspired clip below.