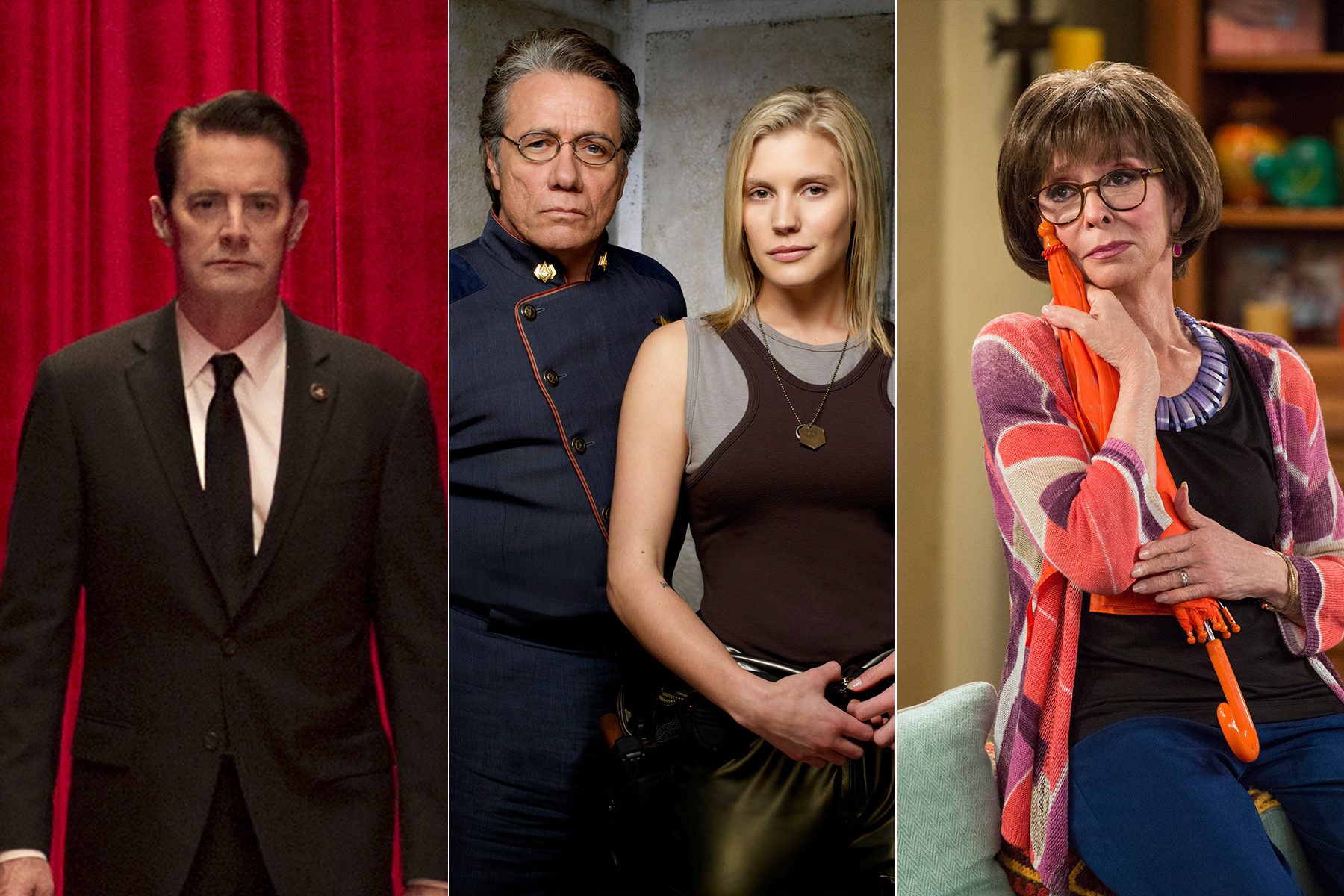 One only needs to look at the fan reaction (some positive, much not) to last week’s news of a Sex and the City sequel series to know that bringing back an old TV property is dangerous territory. But when it works — either as a continuation of the original series, or a fresh take on a familiar title — it can be thrilling. Here are 10 of our favorites: five revivals with some or all of the original actors, and five reboots that started from scratch.

10. DuckTales (2017-2021, Disney XD/Disney)
The original Eighties series — about the adventures of Scrooge McDuck and his grand-nephews Huey, Dewey, and Louie — is rightly beloved by Gen X-ers and millennials who watched it on weekdays after school. But the new version — starring David Tennant as Scrooge, Danny Pudi as Huey, Ben Schwartz as Dewey, and Bobby Moynihan as Louie — feels like an even better mix of comedy and adventure, and benefits enormously from the expanded presence of the boys’ friend Webby (Kate Micucci).

9. The Conners (2018-present, ABC)
Great TV is often a product of a specific moment in the lives of both the characters on the shows and the people making them. Most revivals can’t cope with the change in context — Rory Gilmore’s behavior as a 32-year-old is much less charming than when she was acting the exact same way as a teen — but The Conners (and the one revived season of Roseanne, made before its star was fired for racist tweets) turns the new context to its advantage. The America that Dan, Darlene, Becky, and the rest of the family now find themselves is a much tougher and more expensive place in which to live than during the original run of Roseanne, and the comedy feels palpably of this moment while staying true to the spirit of the Nineties episodes.

8. The Baby-Sitters Club (2020-present, Netflix)
A relative latecomer to the trend, and one of the few things on television to feel good about in 2020, this new take on Ann M. Martin’s long-running series of kids’ novels (first adapted for TV in 1990) brought its middle school heroines into a more modern world. Simultaneously, it felt like a throwback to simpler times and gentler storytelling values. An enormous charmer.

7. The X-Files (2016, Fox)
This one admittedly needs a huge asterisk, in that we’re only counting the episodes not written and directed by Chris Carter, who created the original Nineties sci-fi sensation about a pair of FBI agents trying to prove, or debunk, seemingly supernatural mysteries. The Carter-penned attempts to come up with a new government conspiracy story were disastrous on almost every level, with dialogue so bad that they created the illusion that stars David Duchovny and Gillian Anderson were bad actors. But the standalone Monster of the Week episodes from other X-Files vets were quite strong, and a few of them (notably the Darin Morgan-penned satire “The Lost Art of Forehead Sweat”) would have fit very comfortably into the show’s classic run in the Clinton administration.

6. Roots (2016, History)
The original 1976 miniseries — adapting Alex Haley’s bestseller about his family’s history of enslavement in America — was not only one of the most-watched shows in television history, but one of the most important, setting an impossibly high bar for any attempt to revisit the material. But the 2016 version on History was impeccably cast (including Malachi Kirby as Haley’s ancestor Kunta Kinte, and future Bridgerton star Regé-Jean Page as Kunta’s grandson Chicken George), and found ways to modernize the storytelling without losing the essence of what made the book and the original TV take so powerful.

5. Columbo (1989-2003, ABC)
Peter Falk is one of those actors who seemed to have been born old. So when ABC brought him back after a decade-long hiatus from his iconic NBC role as the seemingly bumbling but secretly brilliant homicide cop Lt. Columbo, it didn’t matter that he was already in his sixties — nor that he would continue to play the role, off and on, until he was his mid-seventies. All the good lieutenant needed was his deceptively sharp wit. Just one more thing…

4. Doctor Who (2005-present, Sci-Fi/BBC)
The sci-fi series about an immortal traveler through time and space was a British TV institution for decades, constantly cycling through lead actors as the Doctor died and “regenerated” with a new face and personality. But the BBC canceled the original version in 1989, and it took 16 years for the Doctor to properly return — played in this clever modern incarnation by Christopher Eccleston, David Tennant, Matt Smith, Peter Capaldi, and now Jodie Whittaker — with enough of a budget increase that the episodes no longer looked like they were being filmed in someone’s basement.

3. One Day at a Time (2017-2020, Netflix/Pop TV)
Norman Lear’s Seventies sitcom about a single mom raising two teenage girls came back as the even more topical tale of a Cuban-American Army vet (Justina Machado) with two kids, a theatrical mother (Rita Moreno), and a penchant for getting caught up in every hot-button issue of the moment. A wonderful and warm blend of old and new, it became the rare show to survive Netflix cancellation, only to end a second time when its new home Pop TV got out of the scripted television business.

2. Twin Peaks: The Return (2017, Showtime)
Twenty-five years later, David Lynch and Mark Frost revisited their cult-classic Nineties mystery drama about strange doings in a Pacific Northwest town — and they did it in a Lynchian way that was equal parts baffling (Kyle MacLachlan basically got to play his original character, upbeat FBI Agent Dale Cooper, for about five minutes) and thrilling (a largely black-and-white episode about the birth of evil), and often both at the same time.

1. Battlestar Galactica (2003-2009, Sci-Fi)
The gold standard for reboots, and one that should be an object lesson for anyone looking to dust off some useful IP. The trick isn’t to remake a beloved classic, because there’s little upside in that, but to find a project with a great idea and poor execution. So a cheesy Star Wars rip-off about a rag-tag fleet of starships looking for a new home planet was reinvented as a riveting 9/11 allegory in space.