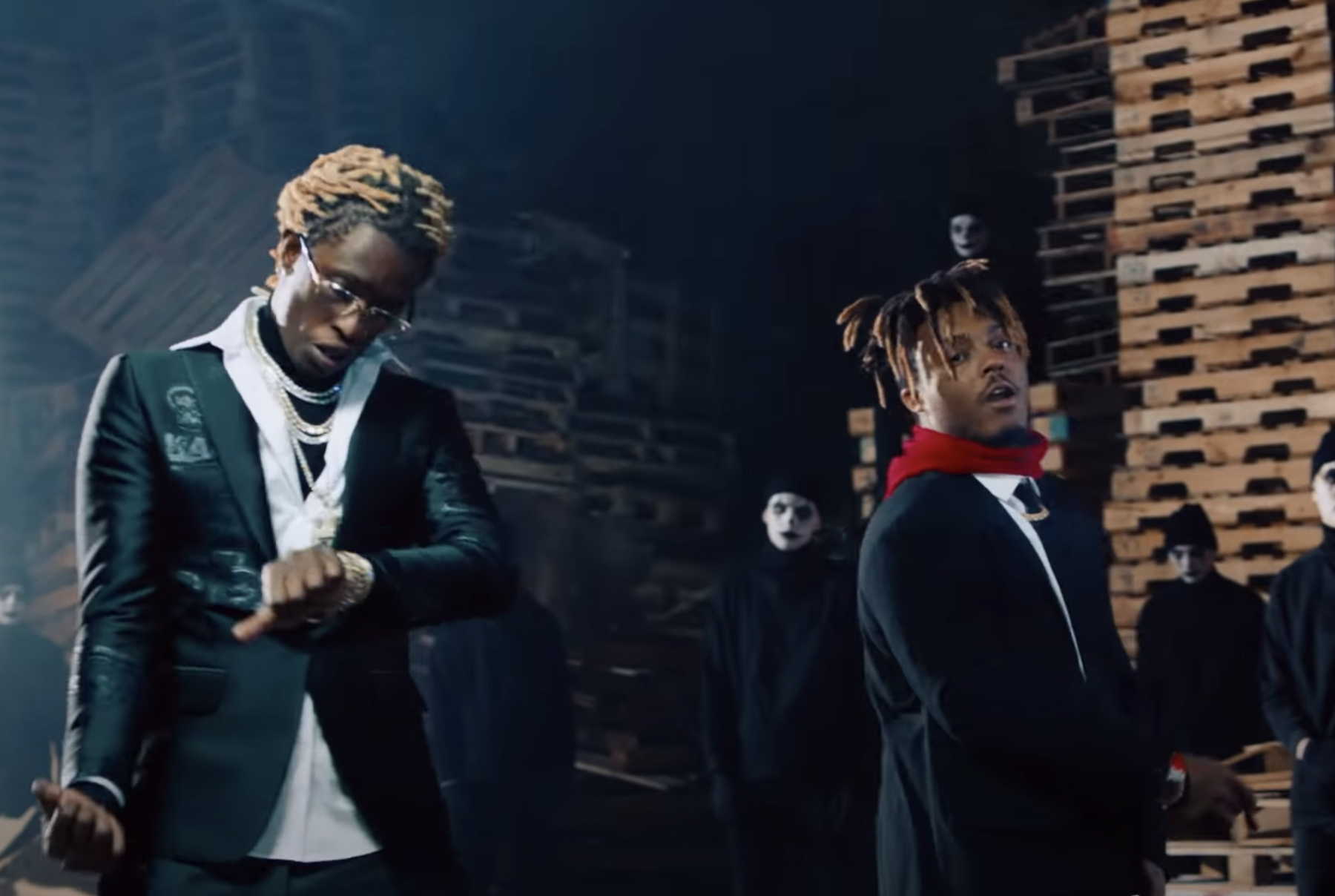 Juice WRLD and Young Thug reunite in the new “Bad Boy” video. According to a statement, the Cole Bennett-directed, Lyrical Lemonade-produced visual marks the final official music video Juice WRLD filmed before he died in December 2019.

In the new visual for the Pierre B’ourne produced track, the rappers reference 1995 action film, Bad Boys, where Martin Lawrence and Will Smith portray narcotics detectives. In the music video, the pair cruise the streets and later meet up with a group of people whose identities are obscured with face paint.

“Will Smith and Martin Lawrence, I’m a bad boy/Went and got off my ass, and got to the cash/And got in my bag, boy, ” Juice WRLD raps on the chorus. “Please don’t think it’s sweet, I stay with the heat/Even though I’m a sad boy.”

“Act like you want war, and they gonna smoke it like a blunt,” Young Thug raps on his verse. “I’m just keeping it real with you, I’m just being blunt.”

The pair teamed up previously on songs including “Mannequin Challenge,” “On God” and “Red Bentley.” “Bad Boy” follows the release of other posthumous Juice WRLD singles, including “Real Shit” with Benny Blanco and “Smile” with the Weeknd. In July, Juice WRLD’s estate dropped his first posthumous LP, Legends Never Die.