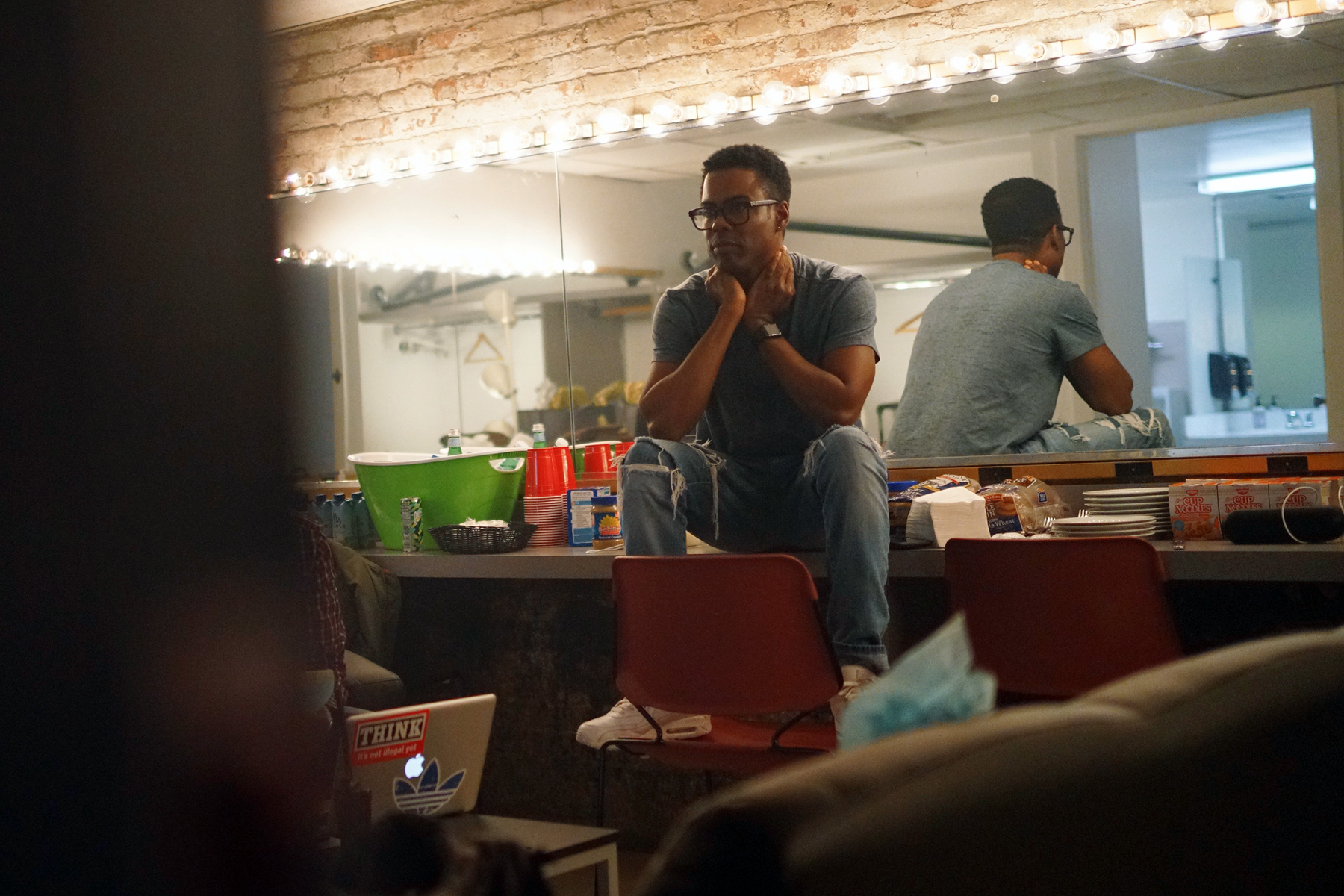 In the clip, Chappelle, Rock, and Hall are sharing their mutual admiration for each other backstage, which prompts Hall to remark that he would’ve loved to have seen such camaraderie back in the day. He mentions the legendary feud between Prince and Michael Jackson, while Rock adds that there was always some tension between Eddie Murphy and Richard Pryor.

That prompts Hall to relay the story of the one time he saw Pryor and Murphy in a room together. Hall recalls that Pryor was on stage performing when he received a note that Murphy was in the room; Pryor interrupted his set and essentially challenged Murphy to take the stage and prove his mettle. Murphy accepted and Pryor proceeded to sit on the steps leading up to the stage rather than leaving it completely.

“For Eddie, it’s like, Richard’s sitting here, and Eddie turns the motherfucker out,” Hall says. “And Richard stands at the end, Eddie comes to the steps and they walk away together. It was the greatest fucking moment.”

Luke Combs Talks Miranda Lambert Duet, ‘Outrunnin’ Your Memory’
LISTEN: Brantley Gilbert + Jelly Roll’s ‘Son of the Dirty South’
After Introducing The World To Her Girlfriend, Rebel Wilson Is Sharing Sweet Vacation Pics
Jennifer Nettles Reveals Her Dad’s Death: ‘Hold Your Loves Close’
John Oliver Knows Your Rent Is Too Damn High and Wants to Do Something About It