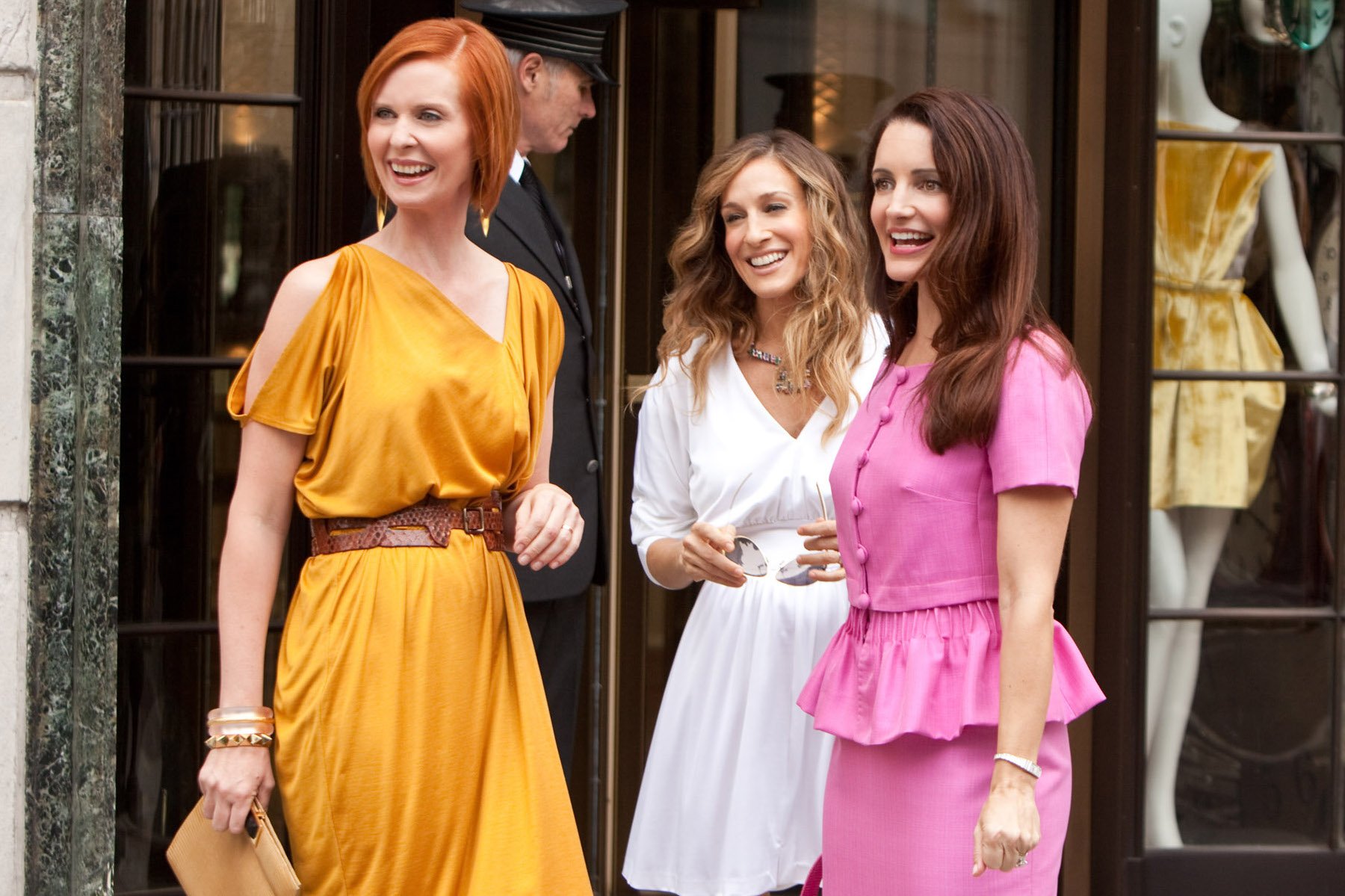 All you Sex and the City fans finally got your dream reunion — sort of. HBO Max confirmed that a 10-episode limited series, titled And Just Like That…, will star Sarah Jessica Parker (as Carrie Bradshaw), Cynthia Nixon (as Miranda Hobbes) and Kristin Davis (as Charlotte York), with Michael Patrick King back as exec producer alongside the trio. King directed many episodes and wrote and directed both SATC feature films. Most notably absent is Kim Cattrall, who won’t be returning to play Samantha Jones.

Cattrall has been very public about her desire to put the franchise, her co-stars, and her character of Samantha behind her and, as TVLine points out, in an October 2017 interview with Piers Morgan, she implored SATC‘s creative team to recast the role of Samantha with a non-white actress.  “It’s a great part,” she told Morgan. “I played it past the finish line and then some, and I loved it. And another actress should play it. Maybe they could make it an African American Samantha Jones, or a Hispanic Samantha Jones.”

Both of the movies were huge hits with fans, although they were roundly dragged by movie critics. As Peter Travers pointed out in his review of the sequel — a raunchy girls trip that was set in the Middle East: “Abu Dhabi and the other United Arab Emirates might have issued a fatwa against the R-rated carnality and Samantha’s thoughts about the desert as ‘Lawrence and my labia.’ “

Despite the fact that all of the actresses have appeared in various other movies and television series — Parker’s HBO series Divorce was canceled after its six-episode third season — it appears the allure of returning to their landmark series was just too irresistible.