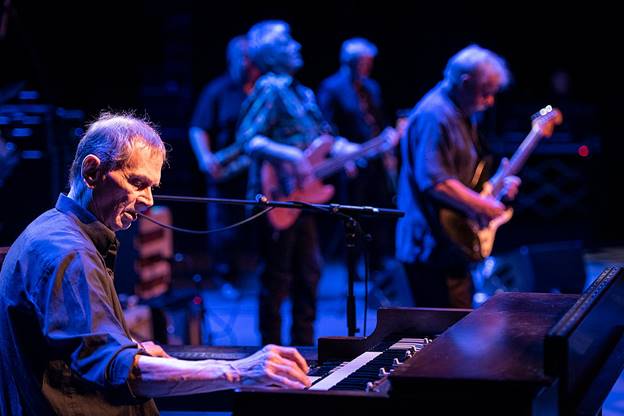 Michael Fonfara, the Canadian keyboardist who served in Lou Reed’s backing band throughout the Seventies, has died at the age of 74.

Fonfara died Friday in a Toronto, Ontario hospital from complications stemming from a two-year battle with cancer, the keyboardist’s publicist told Rolling Stone.

In addition to his tenure with Reed from 1974 to 1980, Fonfara was also a longtime member of the Canadian blues outfit Downchild. “He’s the best musician I’ve ever worked with,” Downchild co-founder Donnie Walsh said in a statement, with bassist Gary Kendall adding, “Yesterday we lost a brother, a band mate, a co-writer and a dear friend. If you met him, you loved him. A creative genius.”

After stints with Sixties rock acts Electric Flag (on 1968’s A Long Time Comin’) and Rhinoceros, Fonfara was enlisted by Reed to work on the singer’s 1974 album Sally Can’t Dance. For the remainder of the decade, Fonfara would serve as Reed’s go-to studio and touring keyboardist, featuring on 1976’s Rock and Roll Heart, 1978’s Street Hassle and Live: Take No Prisoners, 1979’s The Bells and 1980’s Growing Up in Public; on the latter album, Fonfara is credited as co-writer and co-producer alongside Reed on the LP.

During a lengthy career that also featured stops with Blackstone, Rough Trade and the Lincolns, Fonfara was hired to provide “keyboard textures” on a pair of songs on Foreigner’s smash 1981 album 4, including the hit “Urgent.”

Showtime Cancels “Let the Right One In” as the Network Gets Folded into Paramount+
‘Holland, Michigan’ – Gael García Bernal Joins the Cast of ‘Fresh’ Director’s New Thriller
Inkbox Breaks Into Beauty With Nail Art + More Beauty News
Chris Hemsworth And Elsa Pataky Aged Up For Disney+ Project, And I Hope I Look That Good In 45 Years
Harry Potter’s Rupert Grint Explains The Downside To Playing Ron Weasley For So Long