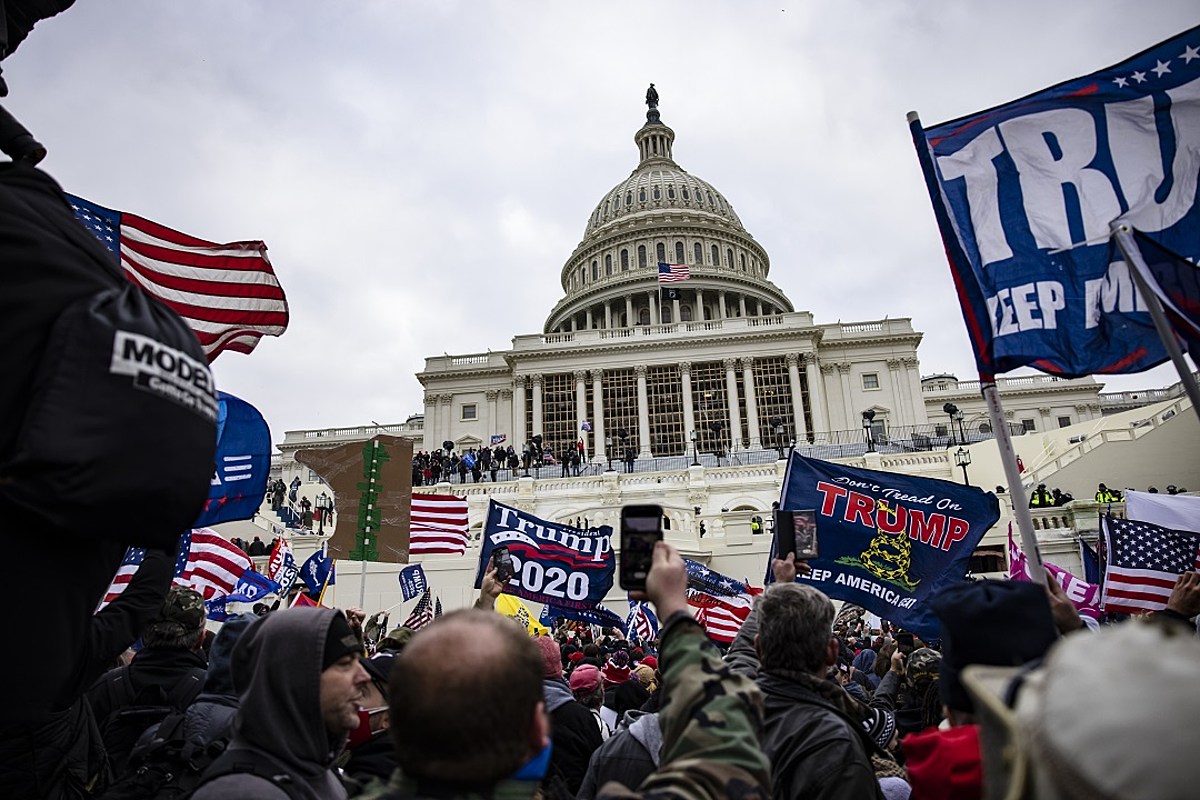 A mob of pro-Donald Trump rioters stormed the United States Capitol in Washington, D.C., on Wednesday afternoon (Jan. 6), breaking through barriers and into the building, putting the U.S. Senate and House of Representatives, along with other government offices and officials, into lockdown.

As the country followed the news on television and social media, many prominent names used their platforms to condemn the actions of the mob and the people in power, including the President Trump. Among those vocal people was Tim McGraw, who called the scene “terribly sad.”

McGraw has identified himself as a Democrat in the past, and has advocated for causes including LGBTQ+ rights and stricter gun laws. His tweet about Wednesday’s insurrection was not particularly political, however: “A terribly sad day for America, a terribly sad day for leadership,” he wrote simply.

Country singer and former Hey Monday member Cassadee Pope, singer-songwriter Jason Isbell and others also spoke out about the riot, which prompted a 6PM curfew in D.C. and a call-in of the National Guard:

Wednesday’s riot occurred as a joint meeting of the U.S. House of Representatives and Senate was convened to certify the results of the 2020 presidential election and officially declare Democrats Joe Biden and Kamala Harris the next president and vice president, respectively, of the United States. Following a pro-Trump rally at the Washington Monument on Wednesday morning, the mob of his supporters broke through Capitol barriers at about 1PM local time, CNN reports. According to the news outlet, it is the first time the Capitol has been breached since August of 1814, with British troops set fire to the building during the War of 1812.

Trump and former New York City mayor Rudy Giuliani, a staunch supporter of the president, attended Wednesday morning’s gathering, with Giuliani encouraging a “trial by combat” regarding election results. Despite failed lawsuits due to lack of evidence to support such claims, Trump and his supporters continue to state that the 2020 election results are fraudulent.

“Hope [Vice President] Mike [Pence] is going to do the right thing,” Trump told his supporters on Wednesday morning, alluding to the vice president’s role in presiding over Wednesday’s congressional meeting. “If Mike Pence does the right thing, we win the election.”

As of publication time, with less than 30 minutes to go before D.C.’s 6PM curfew, law enforcement officials had begun dispersing the mob of insurrectionists. One woman is in critical condition after being shot in the chest on the grounds of the Capitol, per CNN, though further information has not been made available, and multiple officers have been injured.

Despite all of this, Congress is reportedly ready to complete the certification of the 2020 presidential election results, and hopes to do so this evening.

Book Riot’s Deals of the Day for June 28, 2022
Taylor Swift’s ‘Carolina’ Lyrics Are Full of Chilling References to ‘Where the Crawdads Sing’
The Umbrella Academy’s Ritu Arya Teases Javon Walton’s Future on the Show
Brazil Johnson: Black trans woman violently killed is 17th trans person murdered in US this year
‘The Timekeepers of Eternity’ CFF Review – ‘The Langoliers’ Gets an Innovative, Experimental Reworking