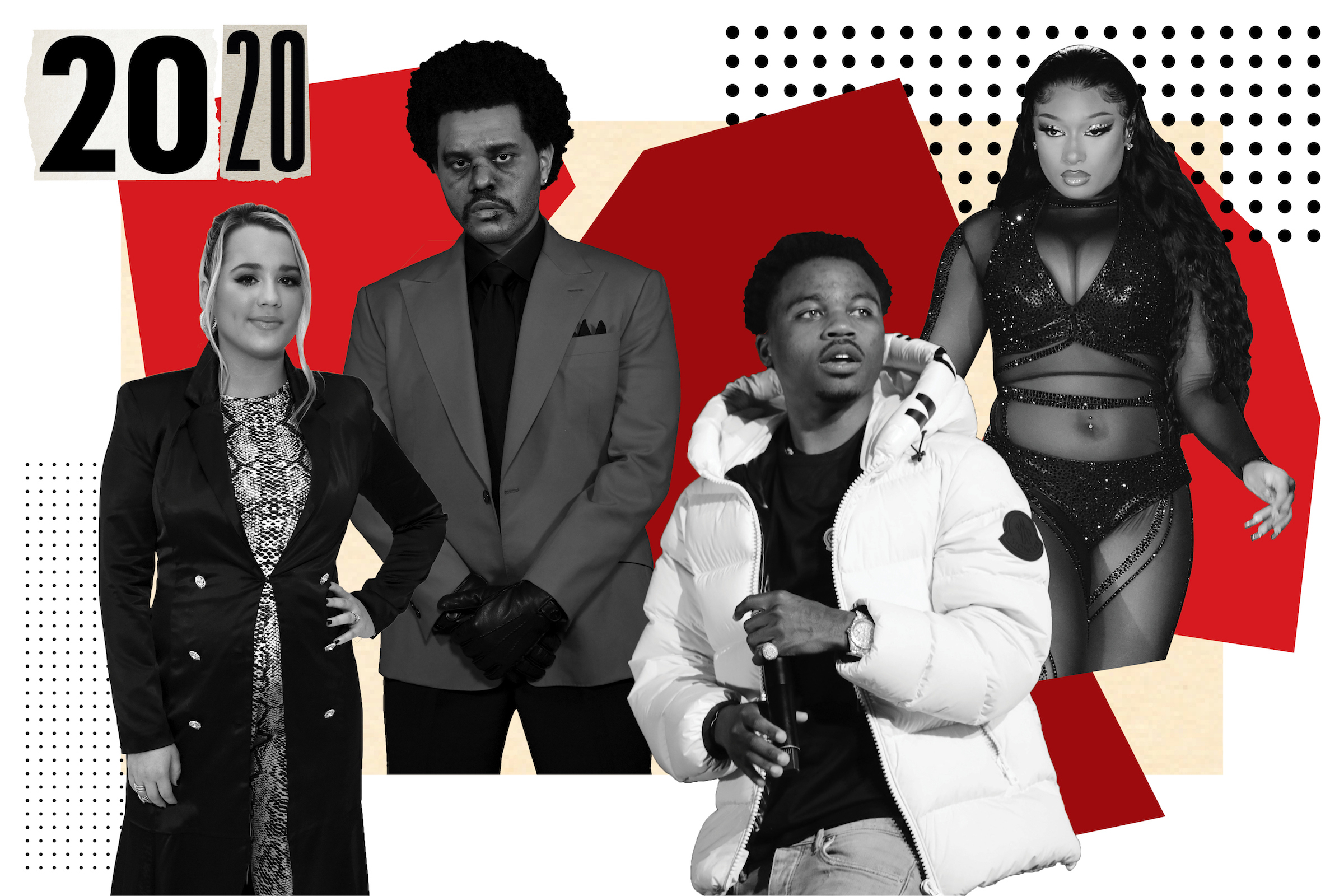 When we look back on 2020, many sounds will come to mind. The 7 p.m. cheers for frontline workers, Patti Labelle and Gladys Knight’s voices mingling together, the deafening silence of existential unraveling. But perhaps most of all, it will be “Eeh-uhrr.”

“The Box,” Roddy Ricch’s unrelentingly popular, unrelentingly squeaky breakout hit, takes Number One on Rolling Stone’s Year-End Top 100 Songs chart, pulling in 866 million on-demand audio streams in 2020. Proving that sometimes it isn’t so much what the words mean as the way they squeak out, like a cat toy or an old door, “The Box” clobbered any other song in 2020 by more than 750,000 song units and 210 million streams.

While the song rose to the top early — reaching Number One on the weekly RS 100 in the first week of the year and going on to spend 10 nonconsecutive weeks there — it proved hard to beat as the months rolled by: No song was able to eclipse it by year’s end. (The only one that came close was DaBaby’s “Rockstar,” which features Roddy Ricch; that single managed to tie “The Box” with 10 weeks at Number One.)

‘Folklore’ Is Officially the Biggest Album of 2020

The Weeknd Drops Darkly Funny New Video for ‘Save Your Tears’

Taking second on the year-end RS 100 is the Weeknd’s “Blinding Lights,” which saw 5.7 million units in 2020. “Rockstar” and Drake and Future’s “Life Is Good” follow at Numbers Three and Four. Rounding out the Top Five is Kentucky-born rapper Jack Harlow, who was one of the biggest breakthrough artists of 2020. His piano trap breakout “Whats Poppin” pulled in 4.6 million units in 2020.

The Rolling Stone Top 100 chart tracks the most popular songs of the week in the United States. Songs are ranked by song units, a number that combines audio streams and song sales using a custom weighting system. The chart does not include passive listening like terrestrial radio or digital radio. The Rolling Stone Top 100 chart covers streams and sales from January 3rd, 2020, through December 31st, 2020.

The Top 10 is, at it tends to be, hip-hop heavy, including two back-to-back Megan Thee Stallion songs: “Savage” at Number Six and her Cardi B collaboration “WAP” at Number Seven. Four years after its initial release, Brooklyn rapper Saint JHN’s “Roses” takes Number Nine thanks to producer Imanbek’s sticky remix, while Post Malone’s “Circles,” released in September 2019, sticks around at Number 10.

But a country newcomer manages to break through the top 10, as Gabby Barrett’s “I Hope” takes Number Eight with 3.6 million units. Overall, like on the year-end RS 200, country makes a stronger showing on this year’s RS 100 compared to 2019. Overall, 14 country songs make this year’s chart, compared to last year’s 11. Established streaming star Luke Combs has two songs on the chart, with “Beautiful Crazy” and “Beer Never Broke My Heart” taking 61 and 78. And up-and-comer Morgan Wallen  launches three songs onto the year-end tally with “Chasin You” (Number 29), “Whiskey Glasses” (Number 48), and “More Than My Hometown” (Number 71). Overall, country saw a 19-percent increase in on-demand audio streams in 2020, more than the overall increase of 16 percent.

And 43 years after its release, Fleetwood Mac’s “Dreams” rides a wave of Ocean Spray Cran-Raspberry juice to the year-end RS 100. After being featured in a viral TikTok video, the Rumours hit reached Number 64 on the RS 100 this summer. All told, “Dreams” saw 1.9 million song units in 2020.

Lil Baby, Pop Smoke, Juice WRLD and Post Malone tie for the most songs on the year-end RS 100, with four each. Post Malone’s biggest song of the year was “Circles,” at Number 10. Pop Smoke’s “For the Night” takes Number 17, while Lil Baby’s “Sum 2 Prove” finishes at Number 31 and Juice WRLD’s Marshmello collaboration “Come & Go” takes 51st.