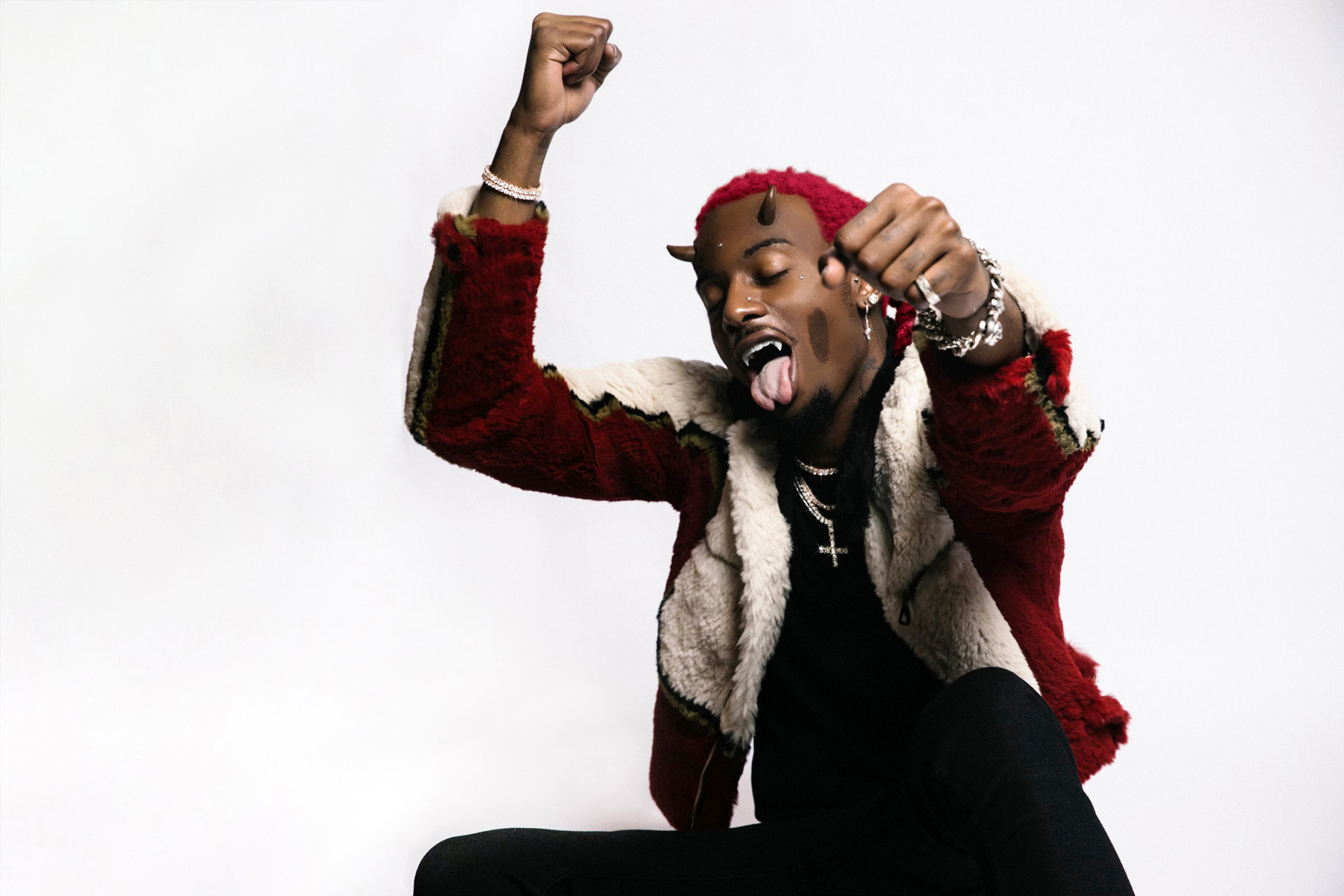 The only certainties in this world are death, taxes, and Playboi Carti fans leaking his songs before he can release them himself. For the last two years, Carti’s highly anticipated album Whole Lotta Red has appeared within sight but out of grasp; the leak-industrial complex has acted as a perpetual motion machine, simultaneously fueling the album’s hype and delaying its release, while also likely prompting Carti to record additional music. Before it finally hit streaming platforms on Christmas morning, Whole Lotta Red led a rich, if paradoxical existence that suggested the album rollout isn’t obsolete, and the mixtape isn’t necessarily dead—snippet and leak culture has just deconstructed and subverted those forms.

Though Baby Voice Carti does pop up a handful of times on Whole Lotta Red, on songs like “Teen X,” “JumpOutTheHouse,” and “New N3on,” he mostly rides the bench, as the album is more preoccupied with realizing Carti’s Lost Boys fandom and fleshing out his identity as a rockstar vampire. The album opener “Rockstar Made” roars into gear with blown-out 808s and writhing, barbed synths that promise violence; as Carti gets into his routine of varied repetition and aggressively clipped syllables, the beat pushes his voice into uncharted territory. He gasps sputters as though his windpipe has withered into a dried-out husk. As he swaps one guttural war cry for another in a series of abrasive tonal shifts, “Rockstar Made” comes into focus as a kind of exercise—a performance of Carti’s remarkable talents as a vocal contortionist that will continue throughout the album.

Carti has long couched himself in the visual language of metal and hardcore punk. Tattoos honoring anarchism, Bad Religion, and the Finnish goth rock band HIM adorn his chest and arms. The Die Lit cover and “RIP” video, which respectively depict Carti back-flipping into a mosh pit and performing in the middle of one, draw inspiration directly from old black-and-white photos of Bad Brains and GBH shows. The Whole Lotta Red cover is a nod to the influential ‘70s punk zine Slash, and the album merch includes a lot of unsubtly Satanic and metal-themed shirts. In 2017, Lil Uzi Vert suggested that Carti makes these choices for purely aesthetic reasons. “He’s on a whole ‘nother planet,” Uzi remarked. “He’s a troll. Everyone thinks that he’s listening to [punk], but he’s not listening to nobody. He ain’t hearing nobody.” If Carti is posturing when he name-checks Black Flag, Slayer, and Hendrix, it’s a moot point. Whole Lotta Red successfully distills the sheer performance, spectacle, and catharsis of metal and hardcore punk; Carti, with his bold, larynx-shredding vocal demonstrations, joins the musical ranks of artists like Rico Nasty and his own personal troll Mario Judah, two shapeshifters who both gained popularity by consciously fusing these traditions’ moods and vocal tropes with trap.

Whole Lotta Red notably marks a breakthrough for Working on Dying producer F1lthy, whose heavy distortion on standouts like “Stop Breathing” and “On That Time” supplies much of the album’s adrenal punk energy. His beats set the tone for the first 12 songs, a turbulent sequence that pretty much exists for the singular purpose of moshing. The second half, which features the album’s only two Pi’erre beats, as well as production from the Dutch collective Hyperpop and “Long Time” producer Art Dealer, hews closer to the consistency and effervescent, 16-bit trap of Die Lit.

Between jarring track sequencing (including DJ Akademiks’ inexplicable cameo in the first 30 seconds of “Control,” an otherwise gorgeous song) Carti’s rapid, chameleonic shifts in cadence, timbre, and phrasing, and his permanent smokescreen of “whet” ad-libs, Whole Lotta Red is designed to keep the listener on edge. On “M3tamorphosis,” Carti repeats the word “metamorphosis” in a frantically parched tone, dramatically modulating his pitch and emphasizing odd syllables each time in a way that suggests a truly gruesome transformation is afoot. On the transportive, Bon Iver-sampling closer “F33l Lik3 Dyin,” he sings rapturously about the support of his mother: “My mama always knew I was a star/ Sacrifices every day/ She gave me the keys to her only car/ I took that bitch and I went far”—reserving an unexpected and spectacular melodic leap for that bitch. It’s a choice that defies all logical explanation and stamps itself indelibly in the listener’s brain. These sorts of arresting moments are everywhere on Whole Lotta Red. Playboi Carti—Gen Z’s answer to Nosferatu—performs emotions, toggles between them, and disguises them with a disquieting ease. He has never been more enigmatic.