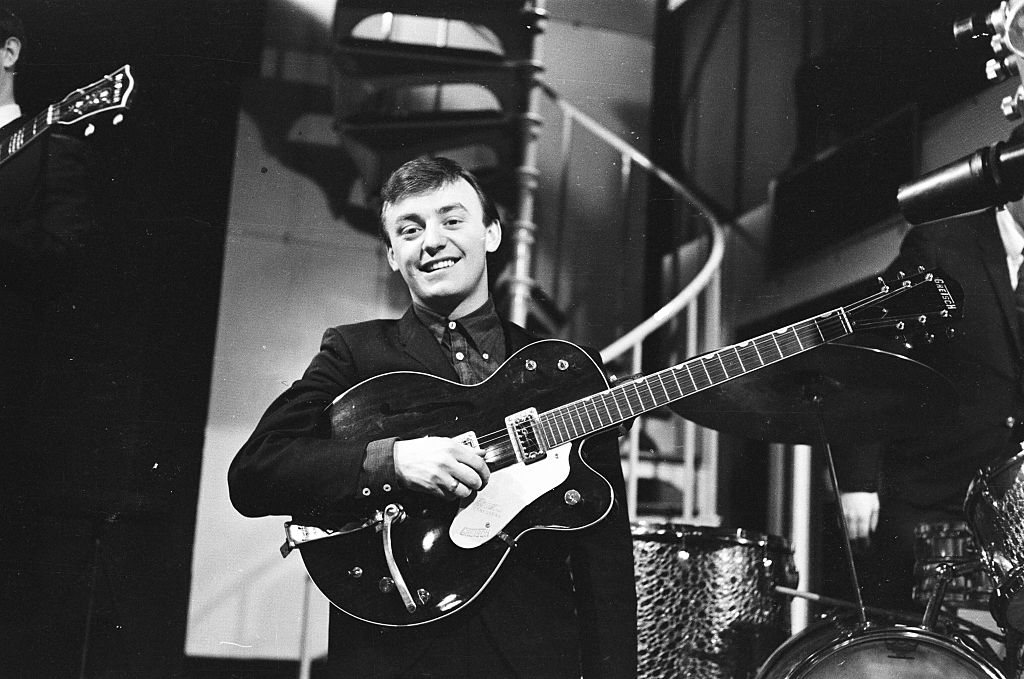 Gerry Marsden, frontman of the British band Gerry and the Pacemakers and singer on hits like “You’ll Never Walk Alone,” “Ferry Cross the Mersey” and “Don’t Let the Sun Catch You Crying,” has died at the age of 78.

Marsden’s friend Pete Price, a British broadcaster, announced news of the singer’s death Saturday. “It’s with a very heavy heart after speaking to the family that I have to tell you the Legendary Gerry Marsden MBE after a short illness which was an infection in his heart has sadly passed away,” Price wrote on social media. The BBC confirmed Marsden’s death.

Gerry and the Pacemakers’ rendition of the Rodgers-Hammerstein Carousel show tune “You’ll Never Walk Alone” became a Number One hit in the U.K. in 1963, and soon was adopted as the “football anthem” of the Liverpool soccer team, with supporters of the team chanting the song at home matches.

“It is with such great sadness that we hear of Gerry Marsden’s passing,” Liverpool FC tweeted Saturday. “Gerry’s words will live on forever with us. You’ll Never Walk Alone.”

In their native Britain, Gerry and the Pacemakers’ success rivaled that of their fellow Liverpudlians the Beatles early on; like the Beatles, Gerry and the Pacemakers were also signed by manager Brian Epstein, and their singles were produced by George Martin. The band’s first Number One single, “How Do You Do It?,” was originally recorded by the Beatles, who instead opted to release “Love Me Do” as their first single.

Gerry and the Pacemakers: Where Are They Now?

500 Greatest Songs of All Time

Bruce Springsteen on Making ‘Born to Run’: ‘We Went to Extremes’

While Gerry and the Pacemakers’ string of singles topped the British charts, the Merseybeat band impacted American charts with their 1964 hit “Don’t Let the Sun Catch You Crying,” which the band played on the Ed Sullivan Show three months after the Beatles’ historic February 1964 performance. Their next single, “Ferry Cross the Mersey,” also became a top 10 hit in the U.S.

However, by 1967, the group disbanded, with Marsden moving on to television while still performing the Pacemakers’ classic hits. In 2003, Marsden was honored as a Member of the British Empire (MBE) for his charitable work, which included raising £35 million for charity.