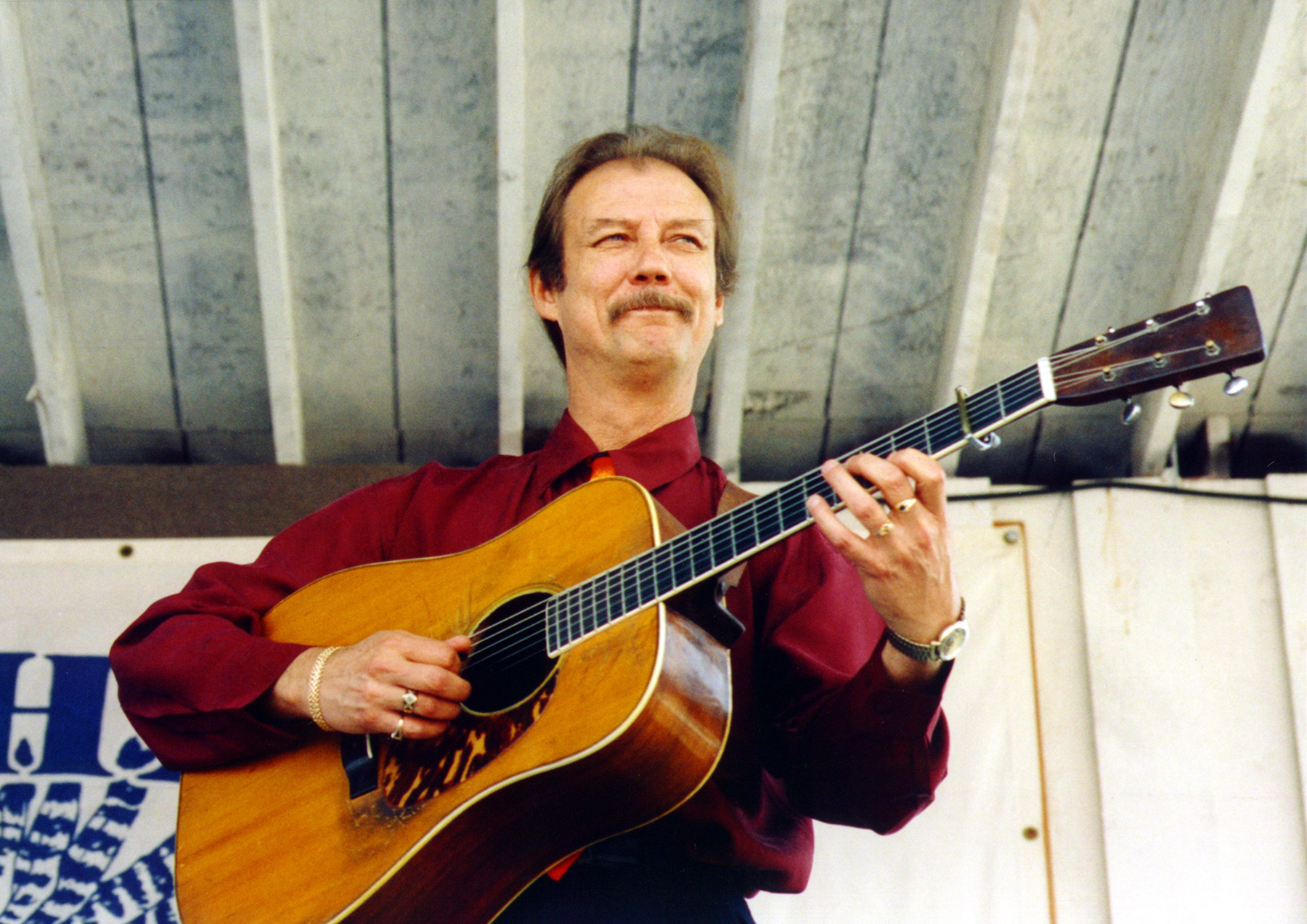 Tony Rice, the bluegrass guitarist and vocalist known for his elegant, innovative flatpicking, died Friday at his home in Reidsville, North Carolina. He was 69. Rice’s death was confirmed by the International Bluegrass Music Association, which inducted him into its Bluegrass Music Hall of Fame in 2013.

Born David Anthony Rice in Virginia on June 8th, 1951, Rice learned about bluegrass from his father, an amateur musician who raised his family in Los Angeles, and Tony’s older brother Larry Rice, who played mandolin. When Tony was 20, he joined his sibling as a member of the New South, the bluegrass group led by banjoist J.D. Crowe. The band played throughout Kentucky and introduced Rice to Ricky Skaggs, who joined the New South in 1974. Upon his death, Skaggs heralded Rice as “the single most influential acoustic guitar player in the last 50 years.”

The high praise is warranted. Rice was a guitar-playing force of nature, dazzling bluegrass fans with his nimble flatpicking and his mastery of the Martin D-28 acoustic guitar. His 1973 debut solo album was titled, simply, Guitar, and featured Rice’s interpretations of Merle Travis’ “Nine Pound Hammer,” Bob Wills’ “Faded Love,” and one of his signatures, “Freeborn Man.” That Rice also sang as well as he played made him even more of a pivotal figure in the genre. “Even if Tony Rice had never played a lick, his voice alone was a singular force, & the songs he sang upped the game for songwriting in bluegrass & beyond,” Charlie Worsham, a Rice acolyte, wrote on Twitter.

Along with his solo albums, Rice performed and recorded with the David Grisman Quintet, with J.D. Crowe as the Bluegrass Album Band, with Norman Blake, with his siblings as the Rice Brothers, with the Byrds’ Chris Hillman, with Peter Rowan, and with his New South mate Skaggs (they released the collaborative LP Skaggs & Rice in 1980.) But it was with his own group, the Tony Rice Unit, that Rice made some of his most acclaimed and inventive work. The outfit’s 1979 album Manzanita is sacred text in bluegrass, with guests like Sam Bush, Jerry Douglas, Skaggs, and Grisman making up Rice’s band. For 1980’s Mar West, Rice mixed bluegrass with elements of jazz and folk to create a hypnotic style he called “spacegrass.” In 1983, he won a Grammy Award for Best Country Instrumental Performance for “Fireball,” and would become a six-time recipient of the IBMA’s Guitar Player of the Year, most recently winning the title in 2007.

Year in Review: The 20 Best Country and Americana Songs of 2020

‘The Social Network’ at 10: Fincher, Facebook and the Faking of an Empire

In the Nineties, Rice was diagnosed with dysphonia, an affliction of the vocal cords that all but robbed him of his singing voice. Rice also battled arthritis and elbow issues that affected his playing. He gave his last public performance on guitar during his 2013 induction into the Bluegrass Music Hall of Fame and delivered an emotional acceptance speech. “It’s our duty not only as musicians but as participants of this music form that it be like any other music form in history,” he said. “It’s our duty to allow bluegrass music… to grow and flourish, and at the same time retain the most important part of it: and that is the essence of the sound of real bluegrass music.”

Rice’s death on Christmas morning resonated throughout the bluegrass world as well as the guitar-playing community at large. “The list of guitarists who reinvented the most played instrument in the world is very short. Eddie Van Halen, Jimi Hendrix… a few others. Tony Rice is on that list,” Charlie Worsham told Rolling Stone in an email. “Hang out long enough with a couple guitar players, and you’ll hear phrases like ‘Manzanita, or ‘Cold on the Shoulder,’ dropped into the conversation like code, like a test to see how much you know about the good shit. Anyone who strives to flat pick a guitar with a solid right hand, to meld raw physical power with the grace and precision of a hummingbird’s wings owes a debt of gratitude to Tony Rice.”

John Osborne, of Brothers Osborne, echoed Worsham’s Hendrix comparison. “What Hendrix did for the electric guitar, this man did for the acoustic,” he tweeted. Billy Strings remembered Rice as “cool, elegant, badass, classy…always in the same mood as that old D-28.” And Béla Fleck compared playing with Rice to “climbing aboard a magic carpet. His rhythm playing set you free.” Jason Isbell encouraged music fans to explore Rice’s catalog: “If you aren’t familiar with his music, please look it up. I don’t know if a person can make anything more beautiful.”

Skaggs, in an official statement on behalf of Rice’s family, reflected on Rice’s enduring legacy. “Thank you for your great talent,” he said, “and the music that will continue to inspire more and more generations to come.”